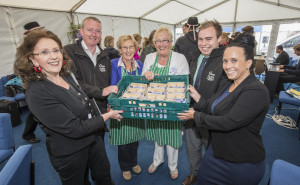 HUNGRY competitors at the Llangollen International Musical Eisteddfod have had the chance to sample Welsh cakes made by the royal hands.
On Tuesday Prince Charles and the Duchess of Cornwall visited the headquarters of the Village Bakery on Wrexham Industrial Estate and during a tour of the production area donned white coats and hats to help flip a batch of the traditional Welsh delicacy on a hot griddle.
The following day a team from the award-winning bakery delivered a complimentary consignment of over 200 packets of the cakes to the Eisteddfod’s hospitality department – including the ones which the royal couple helped to prepare. END_OF_DOCUMENT_TOKEN_TO_BE_REPLACED 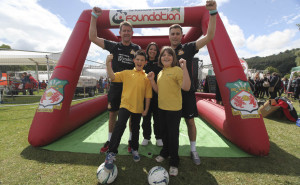 LEGENDARY peace champion Terry Waite has told young first-time volunteers at Llangollen International Musical Eisteddfod that they are helping to promote international understanding and hope for the future.
Sixth-formers from Ysgol Dinas Bran in Llangollen are among over 50 youngsters from three schools in the region, including Ysgol Morgan Llwyd in Wrexham and Ysgol Glan Clwyd in Rhyl, who have given up their time to work as unpaid welcome hosts at the festival, greeting visitors from across the globe.
END_OF_DOCUMENT_TOKEN_TO_BE_REPLACED

PRINCE Charles used a giant Welsh dragon flag to wave off the traditional opening day parade at Llangollen International Musical Eisteddfod yesterday afternoon.
The prince, who is the Eisteddfod’s Patron, also got into the spirit of the occasion by accepting an invitation to have a brief dance with members of a Punjabi bhangra group as he watched the colourful line-up leave the field on its way to the town centre.
END_OF_DOCUMENT_TOKEN_TO_BE_REPLACED 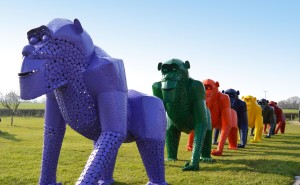 Their creator is Clive Knowles, 53, chairman of the British Ironwork Centre, who are supporting this year’s Eisteddfod. END_OF_DOCUMENT_TOKEN_TO_BE_REPLACED 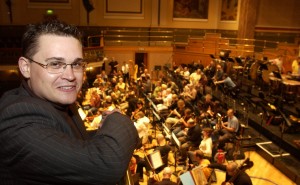 Prof Mealor will be attending the Llangollen Eisteddfod as an adjudicator for the second time this year and for the first time as a vice president of the iconic event which starts on Tuesday, July 7. END_OF_DOCUMENT_TOKEN_TO_BE_REPLACED 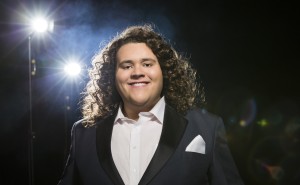 The down-to-earth 20-year-old, who split from singing partner Charlotte Jaconelli last year, can’t wait to step out onto the stage where the great Luciano Pavarotti performed. He said: “Performing at Llangollen is going to be so exciting. It’s a breeding ground for creativity and to be on the same stage that someone like Pavarotti performed on is just a wonderful thought. I’m really, really looking forward to it.” END_OF_DOCUMENT_TOKEN_TO_BE_REPLACED 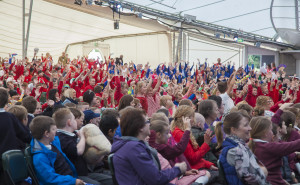 The crowds of young visitors will later head out on to the Eisteddfod field to enjoy a packed programme of street theatre complete with clown, stilt walkers and Bollywood dancing. END_OF_DOCUMENT_TOKEN_TO_BE_REPLACED

Last year 36,000 people came to the Eisteddfod and with an average daily visitor spend of £42 that added up to a massive £1.5 million cash injection for the local economy. END_OF_DOCUMENT_TOKEN_TO_BE_REPLACED

Bill’s links with Britain go back over 40 years to when he attended a prep school near Bewdley in Worcestershire then a public school near Uttoxeter in Staffordshire. END_OF_DOCUMENT_TOKEN_TO_BE_REPLACED