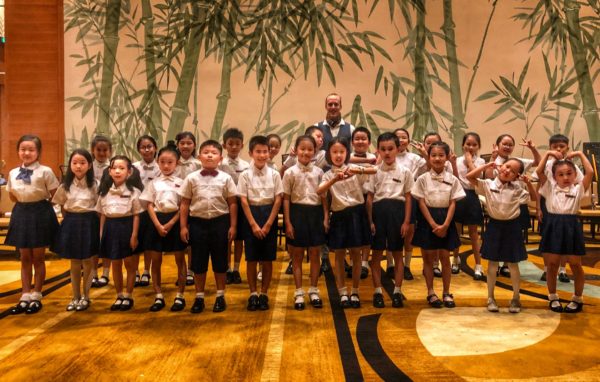 Biography: Founded in 2018 in Tianjin (China’s third largest municipality) by British composer and conductor George Holloway, the choir is a continuation of the advanced and intermediate classes of the Tianjin Grand Theatre’s Mulan Children’s Choir, which was disbanded in December 2017.

The choir aims to introduce Tianjin children to the European, and especially the British choral tradition both liturgical and secular, to involve Chinese children in the joys of music-making and choir-singing, and in the process to give them the best possible musical education and introduction to European culture.  In the first concert performance in their new incarnation as the Holloway Children’s Choir in July 2018, the children sang in English, French, German and Hungarian (as well as Mandarin).  The children also sing newly composed Chinese songs, and arrangements of traditional Chinese songs.