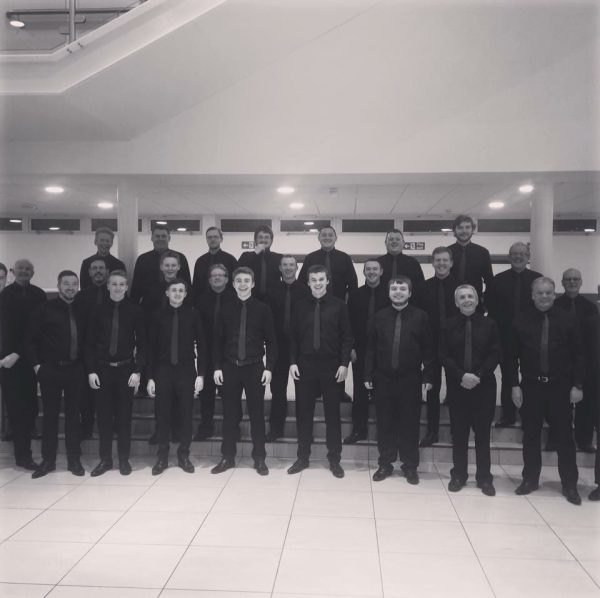 Biography: Johns’ Boys Male Chorus was formed in early 2016 to sing in a ‘Noson Lawen’ to celebrate the lives of two local choral conductors, the late John Glyn Williams and the late John Tudor Davies, both of whom were from the village of Rhosllannerchrugog. Both men were heavily involved with the male voice scene in Wales and beyond. Since then the Choir has gone from strength to strength, attracting new members and gaining fine praise from several renowned Choral adjudicators. Within months of being formed, the Choir competed in the ‘National Choir of the Year’ selection process, where their performance gained a place in the ‘Adult Choir of the Year’ competition, held in the Symphony Hall, Birmingham.

In 2017 they were Cor Cymru Male voice finalists, and in December they were honoured and privileged to share the stage with many acclaimed welsh artists at Carolau Llandudno recorded for S4C as a Christmas Special in aid of a local hospice .
The Choir boasts a number of fine young singers from across North Wales, who have had considerable success as soloists. Some of the choristers are students in Royal Northern College of Music, Manchester and others have won major awards including the National Eisteddfod of Wales and Bryn Terfel Scholarship.