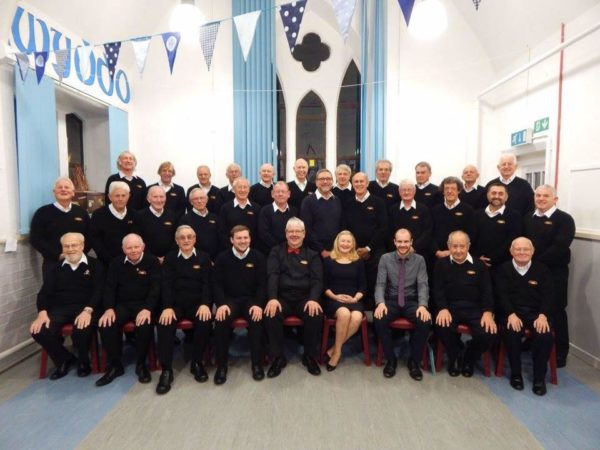 Biography: Cor Meibion Y Machlud was formed in 1998 to compete at the Bridgend National Eisteddfod. Since then they have competed on several occasions at the Welsh National Eisteddfod, enjoyed success at Cardigan’s Gwyl Fawr Ceredigion, and at the 2017 Llangollen International Eisteddfod. The choir has sung in many notable venues, including Llandaff Cathedral and Cardiff’s Millenium Centre’s Glanfa Stage. Appearing in charity concerts, weddings and many local events the choir maintains a busy schedule under its musical director Eifion Davies. The choir includes in its repertoire many well-known Welsh hymns and folk songs and seeks to perpetuate Welsh musical traditions, which includes an annual Mari Lwyd event in Cowbridge.