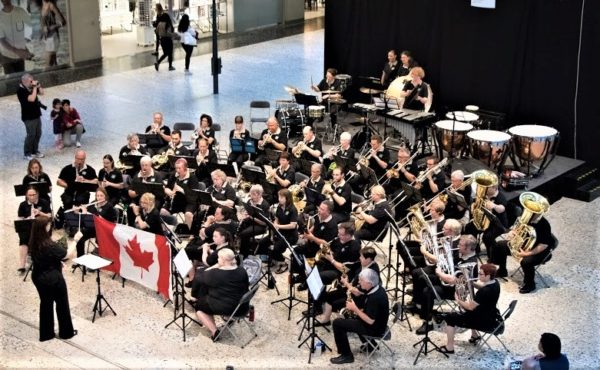 Biography: The Cosmopolitan Music Society (CMS) is one of the largest and oldest community music organizations in Canada. Based in Edmonton, Alberta, the CMS is founded in a tradition of excellence in performance and adult music education. Established in 1963, CMS has 4 wind bands, from beginner to advanced, a 90 voice mixed chorus and 2 jazz ensembles totalling over 300 members. Every other year, CMS offers adults who have never played an instrument the opportunity to ‘join the band’ through an absolute beginner band program.

CMS produces and performs in the world class Winspear Centre twice annually: in a spring finale and ‘Lest We Forget: A Musical Tribute’ a concert in support of war veterans. Groups also perform in various venues at Christmas, a Spring Concert series and for special events, including the opening ceremonies for world class events such as the Universiade Games and the World Men’s Curling Championships. CMS has also commissioned a number of pieces from Alberta composers.

The CMS rehearses in the Old Strathcona Performing Arts Centre, which was built and is maintained specifically for use by the CMS and is rented to other arts organizations including the Fringe Festival and Kiwanis Music Festival.

The CMS Tour Band, which features the advanced musicians, has been to Europe three times – the Mid-Europe Festival in Schladming, Austria (2008), Frank Tichelli Homecoming to Rome (2011) and the Gӧteborgs Kulturkalas Sweden (2016). The group enjoys showcasing Canadian Concert Band Music and other inspiring repertoire.