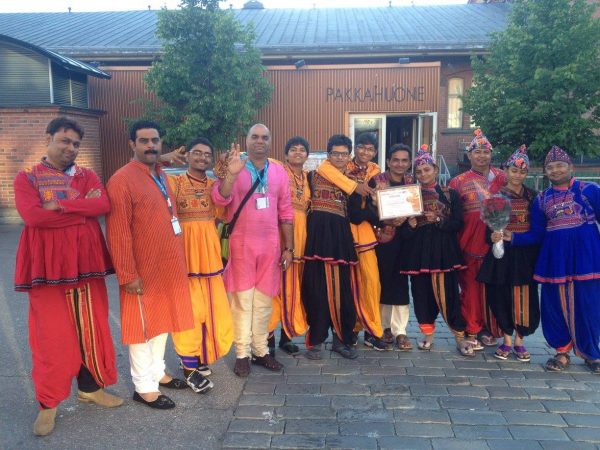 Biography: The Rhythm Performing Arts is a Foundation of Indian Folk Dance and Music from Ahmadabad, India. Since 2009 they are Members of CIOFF, the International Council of Organisations of Folklore Festivals and Folk Arts, in India and IOV, an International Organisation of Folk Art.
Rhythm Performing Arts performs folk and tribal dances and music from different states of India and abroad retaining the authenticity of each.