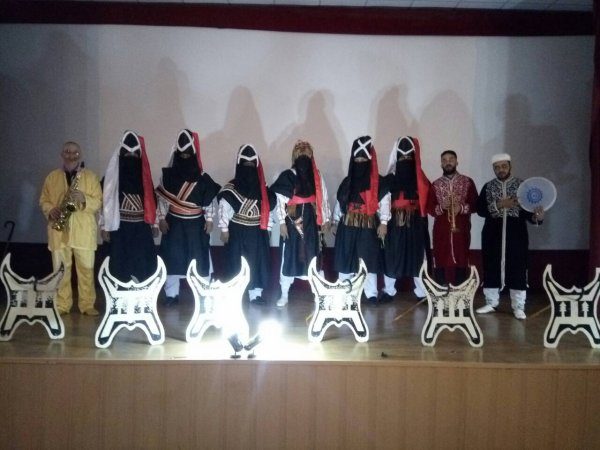 Biography: Cooperative Artistique les Emissaires de la paix was created in 2000 by a group of musicians and singers who perform traditional music of the western region of Algeria. Their leader is Mr Marhoum abbes who is a singer and composer. Later they created with this musical group, a traditional dance ballet.  They have participated in many countries: Turkey 2017, France 2010 and 2007, and Netherlands in 2003.
One day at one of their Festival’s the electricity stopped on stage. Nevertheless, the President of the group still played without any sound, and made something like a comedy performance to amuse the people there.