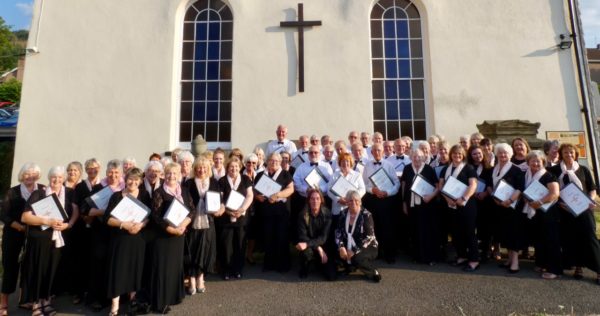 Biography: We are a community choir that began in 2011 at Govilon, Monmouthshire. An inclusive choir, ranging in age from 17 to 92, spanning 3 generations, some members face physical challenges but these do not preclude them from using their lovely voices. Our focus is enjoyment and we offer an eclectic range of music. We perform five, very well received, concerts a year at various venues in the Border counties between England and Wales, raising over £15,000 for charities.

We would dearly love to represent South East Wales at Llangollen, we sing in Welsh, English and German. Our director sang at Llangollen in 1971 and then conducted The City of Portsmouth Singers at the festival in 1985, she believes that the choir would give to, and gain so much from the International experience.

Dian is a 68 years old, retired Assistant Headteacher and was the Royal School of Church Music Secretary for South East England before returning to Wales, in 2001, to be the Director of Music at Crickhowell High School. During her tenure, music became a lead social event for the whole community with orchestra, musical theatre and choirs. She became the Musical Director of Cantorion Phoenix Singers in 2014.