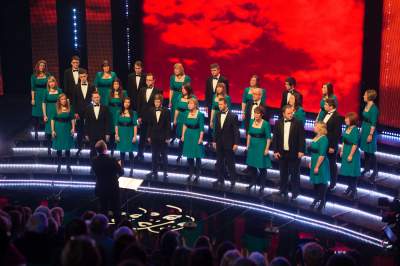 Biography: Since its formation in 2002 Cywair has emerged as one of the foremost young vocal ensembles in Wales. The mixed chamber choir was founded by their Musical Director, Islwyn Evans and is based in the West Wales market town of Newcastle Emlyn.

Their achievements include being winners at the National Eisteddfod of Wales and twice crowned ‘Côr Cymru’ in 2007 & 2011, S4C’s bi-annual national TV choral competition. They have also enjoyed success on the international choral scene by winning the prestigious Cork International Choral Competition as well as numerous successes at the Llangollen International Musical Eisteddfod including the coveted title of ‘Choir of the World’. A prestigious invitation was also received to perform at the opening Royal Gala Concert of the new Wales Millenium Centre in Cardiff Bay.