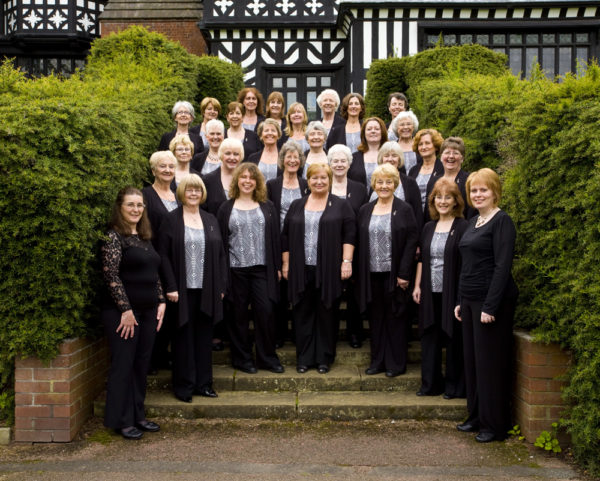 Biography: Ladybrook Singers is a highly regarded ladies choir from Stockport. In 2018, we will celebrate our 90th anniversary.

Established in 1928 by music teacher Elsie Harrop, the choir soon began achieving success in music festivals. The highlight of those early years was their eight-week tour of Canada, quite an adventure in 1932. In 1950, they were invited to sing in The Lausanne Music Festival and won first prize. The same year they sang in the Llangollen Eisteddfod, and appeared there throughout the 50s, 60s and 70s.

In 2009, Alison Bletcher became Musical Director. She has an honours degree from the Royal Academy of Music and an MA in Music Performing (Singing) from Salford University. Her varied performing career encompasses operatic solos, choral work, recorder recitals, and playing in orchestras and brass bands. She also teaches music, and has composed or arranged some of our favourite pieces.

Accompanist Celia Maylor joined us in 2005, and is an accomplished pianist and music teacher. She studied piano with John Ramsden of Liverpool Matthay School of Music, with Eva Warren at the Royal Northern College of Music, and with Czech pianist Jana Frenklova at Lancaster University.

We have been privileged to sing in beautiful places including Durham Cathedral, Bowes Museum, Worcester Cathedral, and Trinity Church (Stratford upon Avon). Performing at The Menin Gate in 2011 was a memorable experience. Our tour of The Netherlands, 2016, was another joyful occasion. Winning the Joseph Hancock trophy at the Biddulph Festival was a highlight of 2015. In 2016 we were delighted with a win at the Mrs Sunderland Festival in Huddersfield, even more so when we were awarded The Huddersfield Centenary Trophy for singing the best piece of the day.

We perform at community events and are proud to support several charities.