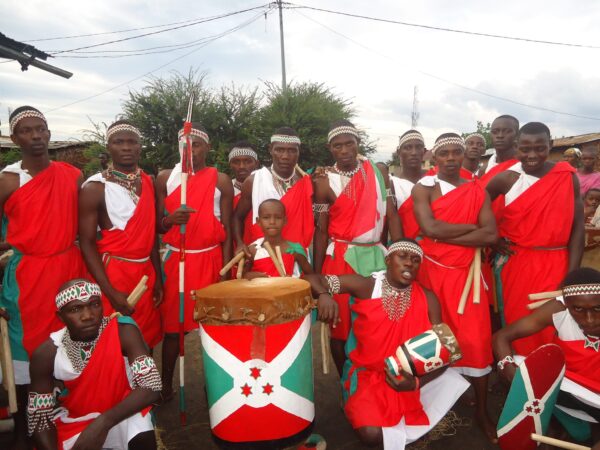 The Drummers of Burundi are Master Drummers from the small African country between Democratic Republic of Congo and Tanzania. Their performances are as much a spectacle of dance as music. The drums are made from a tree which grows only in Burundi, and the Drummers plant the seeds of the trees to maintain their drum-making skills for future generations.

Originally, the Drummers of Burundi accompanied the King on his travels. Today they play at local festivities, national events. BATIMBO LUMIERE DE LA PAIX is a non-profit organisation located in Burundi and registered in 2015. Their group was first called FOUNDATION BATIMBO in 1987.

They started a European tour in 1990, performing in France, Germany, Belgium, Austria and Spain. The second tour was also in Europe in 1994. They performed in Europe again for the third time in Expo, 2000 and returned for the Expo, 2002 in Germany. At this point they started to travel to many countries like America, Japan, China and Africa, where they go together to build BATIMBO FOUNDATION FAMILY in 2019.

Until now, they are still on top for performing in Turkey in 2016, and in Kenya to support their 50th year of Independence.