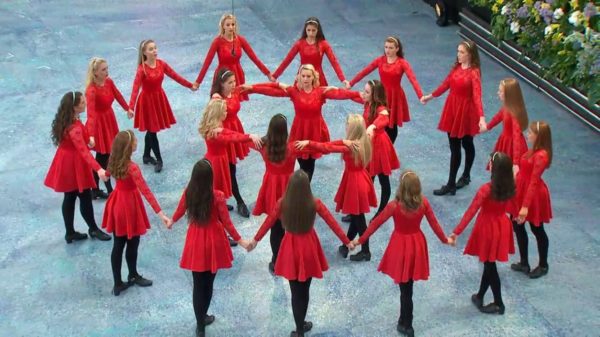 Biography: Loughgiel School of Irish Dancing was established in 1978 by Colette O’Mullan (nee Graham). Colette was later joined by her sister Maree and her brother Leonard who became equally involved for many years to follow. They have both since retired and Colette, for the past 30 years has been joined, in a teaching capacity, by two of her champion pupils, sisters Denise Dobbin and Leisa Gillan (nee McIntyre).

The school has numerous accolades and in the past year they became the current Ulster Champions and currently hold the esteemed senior team dance championship title in 2018.

The school have taken part in the International Folk Dancing competition in Llangollen, Wales for many years and have had great success in all dance competitions. Their most memorable achievement was indeed winning the overall ‘Dance Champions’ award which was presented alongside the prestigious ‘Choir of the World’ award. To qualify for this competition in 2017 the group achieved a record 100 marks in the Open Floor competition and made history in the process…

The teachers can confirm that the commitment and dedication from both their pupils and parents has been commendable and that on occasion over the past year they have found themselves in practice seven nights per week. The school has indeed a great reputation throughout the world when it comes to creativity and choreography in both solo and team dancing.

The school continues to go from strength to strength and the teachers and pupils alike are extremely proud of their fantastic achievements to date….