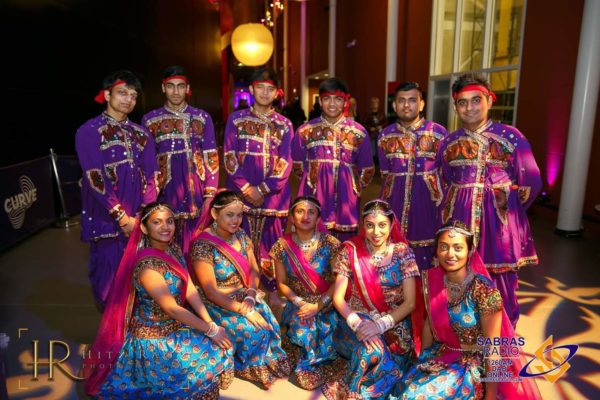 Biography:  Rass Renaissance all met at Navratri (9 days/nights festival) 6-7 years ago and we were always the last ones on the dance floor. As we all were passionate about this dance form, gradually we started having conversation and the group formed 5 years ago, as we all have a love and passion for this form of dance. We also wanted to preserve our culture and tradition, and performed at various community and charity events, to spread the knowledge further.

We all discovered that elderly people could not come here to enjoy the festival, due to their disability and mobility issue. In addition, the younger generation are forgetting the traditional dance form. Therefore, we decided to make a group to help community and raise awareness about traditional dance form of Gujarat (India). One way of raising awareness was to bring Navratri to people who can’t make it there, so we performed in many Nursing homes, Residential homes, day care centre, schools and colleges. Through this, we have been able to see the Joy in people’s eyes, which makes us perform more. In addition, it inspires us to build a better and stronger community, through entertaining, involving and keeping traditional going.

We are called Raas Renaissance Raas and Garba group. Raas and Garba is a popular form of folk dance which originated in the state of Gujarat in India, but is performed by all Hindus across the world during celebrations but mainly Navratri. Navratri, or the nine nights, is the Indian festival of nine holy nights which celebrates the victory of the goddess Shakti over evil. The Dance form also has variations with Dandia/ Raas or stick dance. The name is derived from the Sanskrit term: Garba (“womb”) and Deep (“a small earthenware lamp”). Many traditional garbas are performed around centrally lit lamp or a picture or statue of the Goddess Shakti.

We have participated many times in Leicester Rass Garba competition.