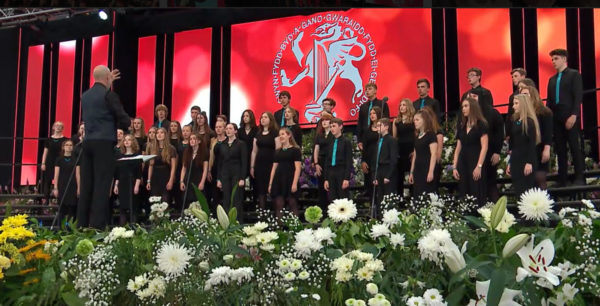 The choir has taken part in ‘Music For Youth’, Manchester Amateur Choir Competition, Chester Music Festival and Llangollen International Eisteddfod. In 2014 they were selected to go through to the National final of ‘Music For Youth’ in Birmingham Town Hall.

They followed this up in 2015 and 2017 with performances in Birmingham’s Symphony Hall, where they won the award for ‘Performance Practice’. 2018 was a good year for the choir when they gained 3rd place in the Senior Children’s Choir Competition at Llangollen International Eisteddfod.

The choir has performed in many local venues and has helped to raise money for charities including NSPCC and Hope House Hospice.