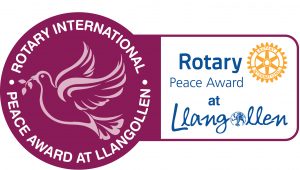 The 2019 Rotary International Peace Award was awarded to Subash Chellaiah.

The award was kindly sponsored by

Past winners of the Award

2019 – International Award winner – Dr Arian and the Arian Foundation –  for their work in supporting medical services in war zones.

2019 – Regional winner – Sara Rowbotham – for her work ensuring that the voices of vulnerable young people were heard.

2016 – Llangollen International Musical Eisteddfod – in recognition of the work that the Eisteddfod has done since its inception in 1947 to bring people of different cultures together in an atmosphere of peace and friendship.

Rotary International is one of the largest humanitarian organisations in the world and is made up of 1.23 million Rotarians worldwide who work in their local, national and international communities to help those in need. District 1180 stretches from Mid Wales up to Lancashire and includes all of North Wales, Wirral, Merseyside, parts of Shropshire and Cheshire. Rotary clubs meet regularly in most towns and are made up of men and women from 18 upwards from all backgrounds regardless of race, colour or creed.  The Rotary motto is “Service Above Self”.   Rotarians work as volunteers in many diverse areas which can be anything from assisting young carers in the local community to have some time to themselves, to providing humanitarian aid to countries who have suffered a major disaster such as the Nepal earthquakes or the floods in Cumbria and Lancashire. You can find more information by searching www.rotary.org or www.rotarygbi.org for Britain & Ireland.

Dr Waheed Arian, from Liverpool, is a pioneering doctor who has created a network connecting world-class medics with doctors working in conflict zones across Afghanistan and winner of the 2018 Llangollen Rotay Peace Prize.

His ‘Arian Teleheal’ charity uses Skype to allow over 100 volunteer doctors based in the UK, Canada and America to provide live specialist support without having to travel to dangerous locations.

Dr Arian arrived in the UK as a 15 year old refugee from Afghanistan with a childhood dream of being able to help others as a doctor. He completed his A-levels at night school while supporting his family with job in shops and restaurants, before studying medicine at Cambridge University and gaining qualifications at Harvard and Imperial.

As a newly qualified doctor, Dr Arian used his leave to travel back to Afghanistan and assist medics who were caring for patients injured in the ongoing conflict. He was inspired to start the charity after realising that many of his UK colleagues would like to help too, but could not travel safely to Afghanistan. Arian ‘Teleheal’ doctors have advised all major emergency departments and intensive care units in Afghanistan. 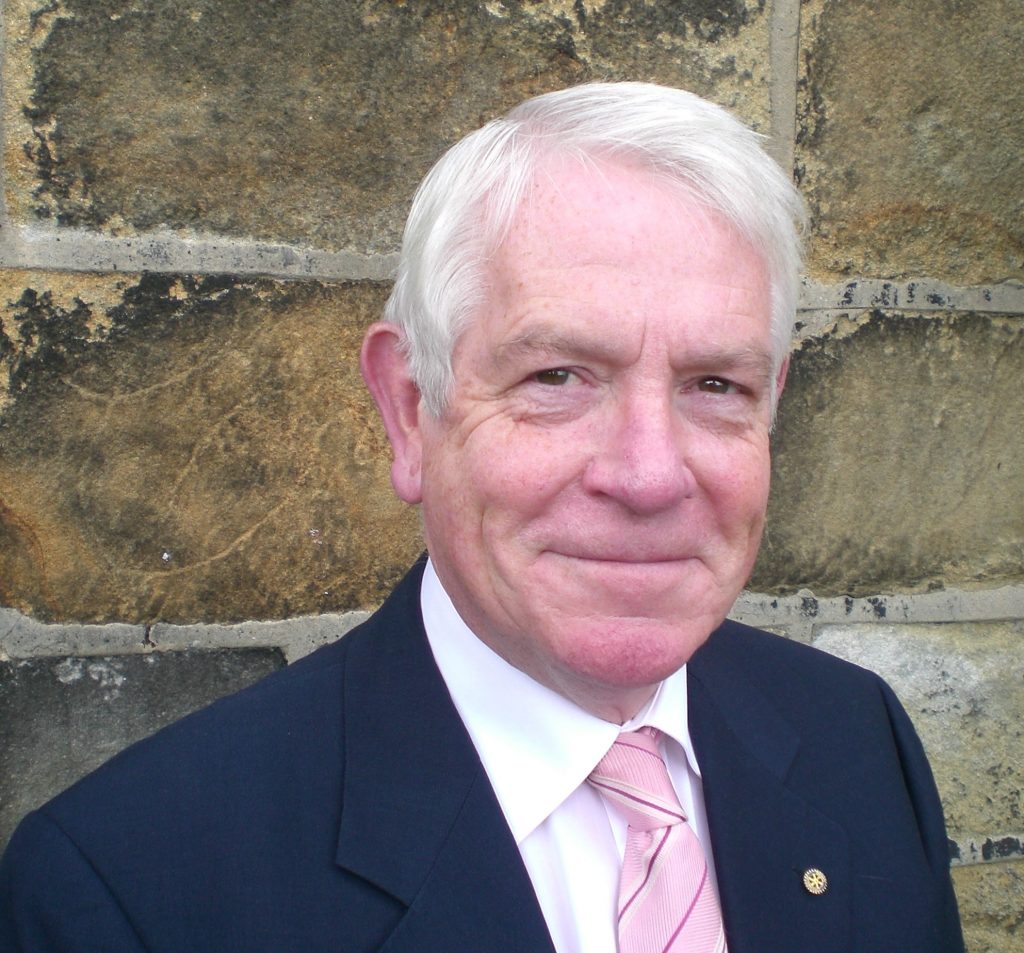 Dick Hazlehurst has been involved with the Rotary Peace Centre at the University of Bradford for more than ten years. He was a host counsellor to a member of the first class of Rotary Peace Fellows in 2002. After time as a member of the local Host Area Committee, Dick served a three-year term as Host Area Coordinator from 2009 to 2012. Since then, he has continued to act as host counsellor to at least one Peace Fellow in each successive class and, for the last few years, he has been one of the Rotarians round the world who read and score applications for Rotary Peace Fellowship, as part of the very thorough annual selection process. He regards the involvement with the Rotary Peace Programme as the most rewarding and enjoyable activity during a wide-ranging and very happy 39 years of Rotary membership.

Dick and his wife, Judy, are both retired pharmacists. They have each been president of the Rotary Club of Keighley in West Yorkshire. They consider themselves very fortunate that their son, his wife, and their two young granddaughters live only a few miles from them and they see the two girls (who are, as every grandparent knows, the most beautiful children ever born!) most weeks. 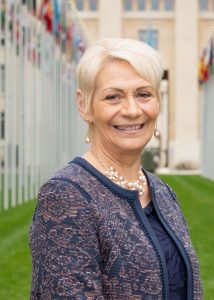 Jean Best was born in Yorkshire but has lived in Scotland for the last 27 years. Jean has been involved with education for over 38 years, first as a teacher in England and then moving on to Head teacher in Scotland. Her final two years were spent working as one of Her Majesty’s Inspectors of Education, which involved inspecting 58 schools across Scotland.

Now retired, Jean has more time to spend in Rotary and is Peace Officer for District 1020 where husband Keith was District Governor during 2011/12. It was during that time of training as DG’s spouse that Jean became aware of the growing problem in our society, as our young people struggle to come to terms with living in 21st century.   Her work as Peace Officer enabled her to work with The Peace Centre in Bradford to look at ways to encourage Rotarians to use their expertise in working with our young people to develop peaceful conflict resolution strategies. She has developed these strategies with secondary pupils for the last five years, raising awareness of Peace and Conflict Resolution across Great Britain and Ireland.

Jean believes that it is our young people who will ensure peace in the world and we must empower them to tackle this through peaceful conflict resolution, transforming conflict into success. Their role is in developing the skills that youngsters need to allow them to make the right choices with confidence. In June 2014, at the RI Convention in Sydney, Jean and Keith launched the new skills-based ‘Rotary Peace Project’. The project creates school Peace Advocates who develop their leadership capacity to bring about more service in their schools, local communities and the world. Currently they have set up Hubs in Mexico, US, Australia and Germany and the UK.

Jean’s work in developing Peace and Conflict Resolution was recognised by RIBI when she received a Presidential Citation in 2012. She also became a Paul Harris Fellow for her contribution to developing Peace Strategies and in 2014 she was recognised as Rotary International Champion of Change for District 1020. This was presented at The House of Lords, London and led to TV appearances for the young Peace Advocates and herself.

In November 2017, as part of Rotary Day at the United Nations, Jean was honoured with the prestigious award of Rotary’s People of Action: Champions of Peace at the Palais des Nations, Geneva.

She would like to see the Peace Advocate Programme training implemented as part of the Peace Fellows programme at all oif the Rotary Peace Centres. She believes that this would give the Peace Fellows an opportunity to take something back to their countries to start creating peace with their young people, at no cost to anyone.