Edmonton’s Belle Canto Women’s Choir, founded in 1991 by conductor Heather Johnson, is regarded as one of Canada’s leading women’s choral ensembles.The choir is particularly well-known for their adventurous programming, their stunning ability to sing in a wide variety of languages, and their full use of the women’s vocal palette.Belle Canto Women’s Choir has been invited to perform in numerous international choral competitions and festivals including the Johannes Brahms International Choral Festival (2nd place, Wernigerode, Germany 2013), the Seghizzi International Choral Competition (2nd place, Gorizia, Italy, 2010) and a lot of more. 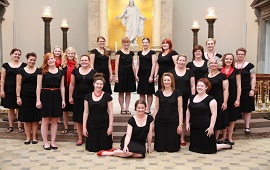 The Bob Cole Conservatory Chamber Choir from California State University, Long Beach is premier choral ensemble at CSULB. Comprised of the top singers at the University, the Chamber Choir tours yearly and has concertized throughout Europe, Australia, New Zealand and China. They performed at the National Collegiate Choral Organization Conferences at Yale in 2009 at the College Charleston in 2013 and at the American Choral Directors association Western Conventions in 2008 and 2012. Recently, the ensemble has performed with the Los Angeles Master Chorale, the Pacific Symphony, the Pasadena Pops Orchestra and the Long Beach Symphony.

Chamber Choir Ancora was founded in 1998 and has taken part in competitions in Finland (Tampere Vocal Music Festival, Gold medal) and in the Llangollen Eisteddfod (3. prize in folk choir competition). The choir has also toured Brittany, France (2014) and Germany (2006).Chamber Choir Ancora concentrates on a cappella works representing different eras and styles with special emphasis on the Swedish-language music tradition in Finland. Occasionally the choir has also participated in large concert productions, for example Salieri’s Requiem, Mozart’s Requiem, Haydn’s Creation Oratory and the operas La Traviata and La Bohème. 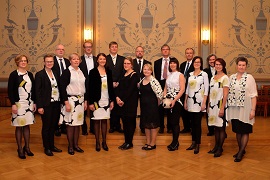 The treble choir from Altensteig`s Christophorus Grammar School was founded in 2005 by Wolfgang Weible. The choir consists of around 50 students aged between 10-14 years from the music section of the grammar school. The successful group won several competitions such as the International Choir Festival in Neerpelt, Belgium or the 32. International young`s choir festival of Halle a. d. Saale, Germany and was participant at a lot of other competitions. 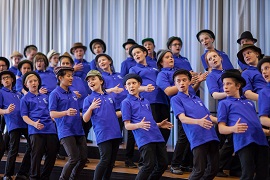 Over the past thirty years, the Clarion University Chamber Singers has been an a cappella group performing Renaissance motets and madrigals almost exclusively. Under Dr Johnson’s direction, the group continues to perform motets and madrigals but the repertoire has been expanded to include works from a wide range of periods and genres including 20th Century works, Jazz, and Spirituals. This past spring the Chamber Singers went on tour for the first time in its history and had a very successful week-long tour performing community and school concerts throughout northern Pennsylvania. 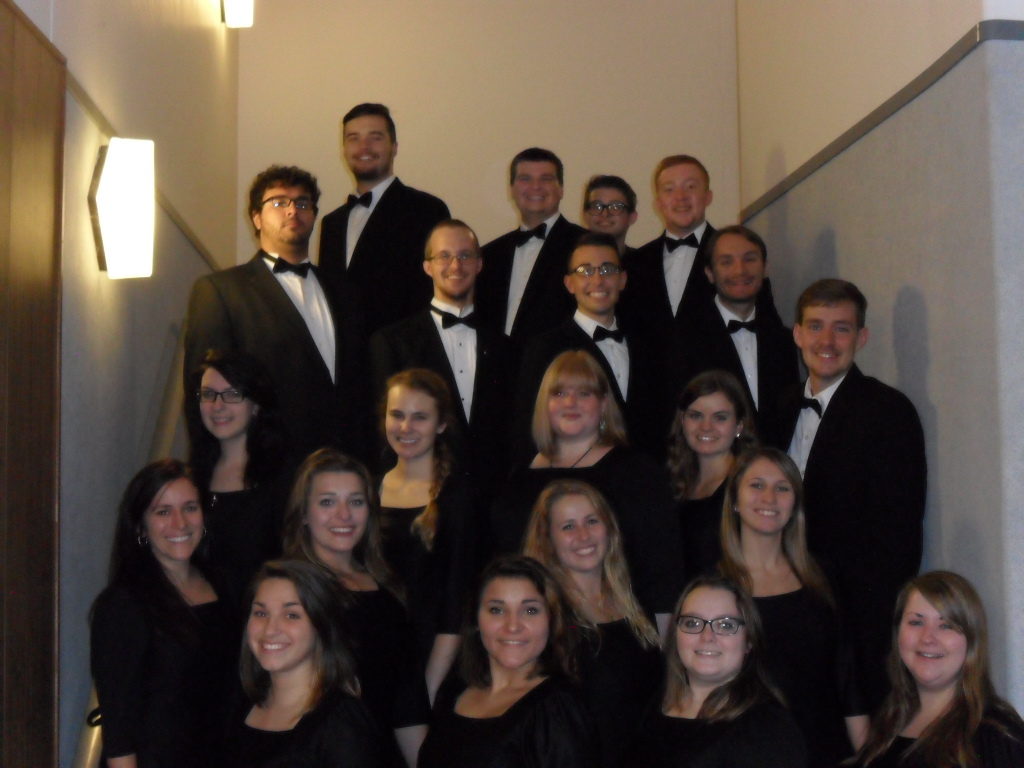 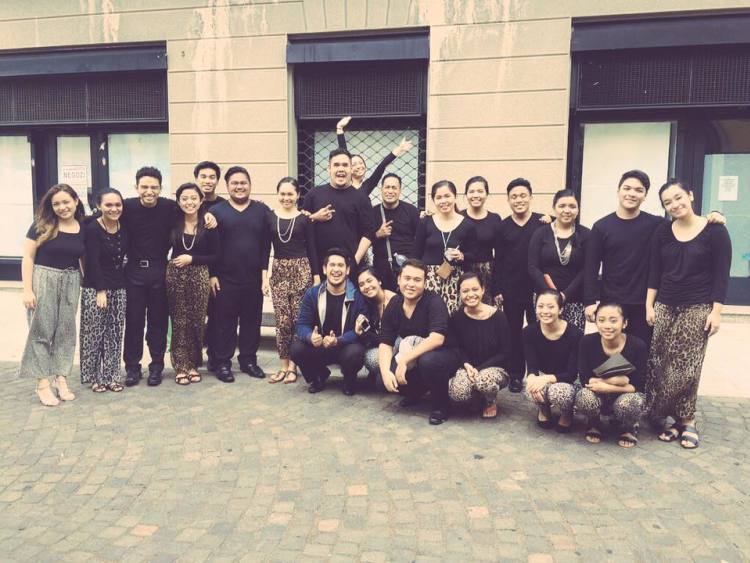 The Davis High Madrigal Singers was founded in 1966 and is an auditioned chamber choir, which performs a wide variety of music dating from the 15th century to the present. The Madrigals have won the Prague International Choral Competition. They have performed through Germany, Austria, England, Italy and the United States. Opportunities to sing in the Sydney Opera House and through Australia are some of the treasured Madrigal experiences.

E STuudio Chamber Choir was founded in 2004 in the South Estonian town Põlva and has a wide repertoire of Estonian and foreign composers. Since then the choir has participated in many projects with local and foreign choirs. In addition to concerts in Estonia, E STuudio Chamber Choir has also taken part in festivals and competitions abroad (Finland, Canada, Italy, Norway,  Macedonia). In 2014 they participated in Ohrid Choir Festival in Macedonia, winning a golden diploma and 3rd place in the Grand Prix stage. The choir was also awarded a special prize for an expressive interpretation of “Tartu valgel ööl” by Estonian composer Gustav Ernesaks. 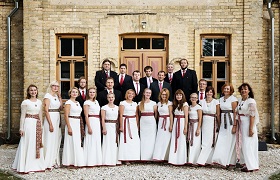 Festival Chorale Oregon was formed by Dr. Solveig Holmquist in 1979 with eight members and is now grown to a chorus of 100 professional and amateur singers. The Chorale has presented choral masterworks by composers such as Vivaldi, Bach, Bernstein, Schubert, Händel, Haydn, Distler, Mozart and accompanied by musicians from Oregon’s symphonic community. Festival Chorale Oregon has as well on occasion investigated show music, performing opera choruses, folk songs, and popular music from the two World Wars, and has staged three Gilbert and Sullivan operettas. The choir has performed five times in Carnegie Hall in New York and in May 2013 they performed John Rutter’s Magnificat. 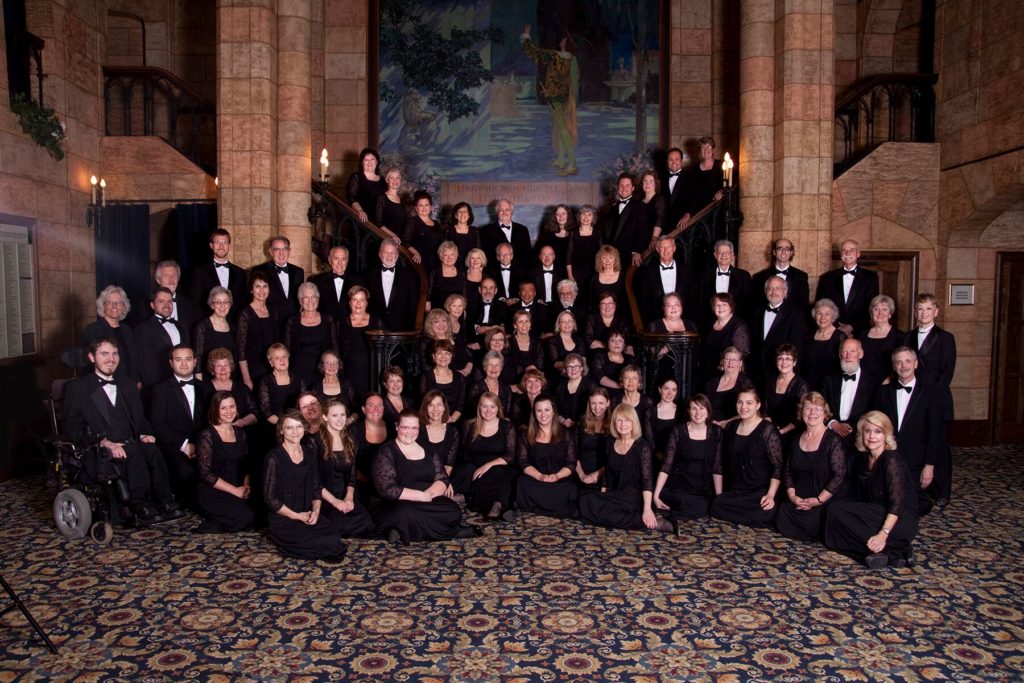 They highly acclaimed regional choir Hunter Singers was established in 1989 by Kim Sutherland OAM and currently consists of 35 singers aged 14-20 in Hunter Singers, representing nine high schools in the Hunter area, along with former members of the group. There have been many highlights for Hunter Singers, with some outstanding and memorable commissions, as well national and international tours. Hunter Singers has a long and proud history of commissioning and performing new works, with 18 new choral pieces having been commissioned in the past 15 years, including 3 in 2014, the group’s 25th anniversary year. 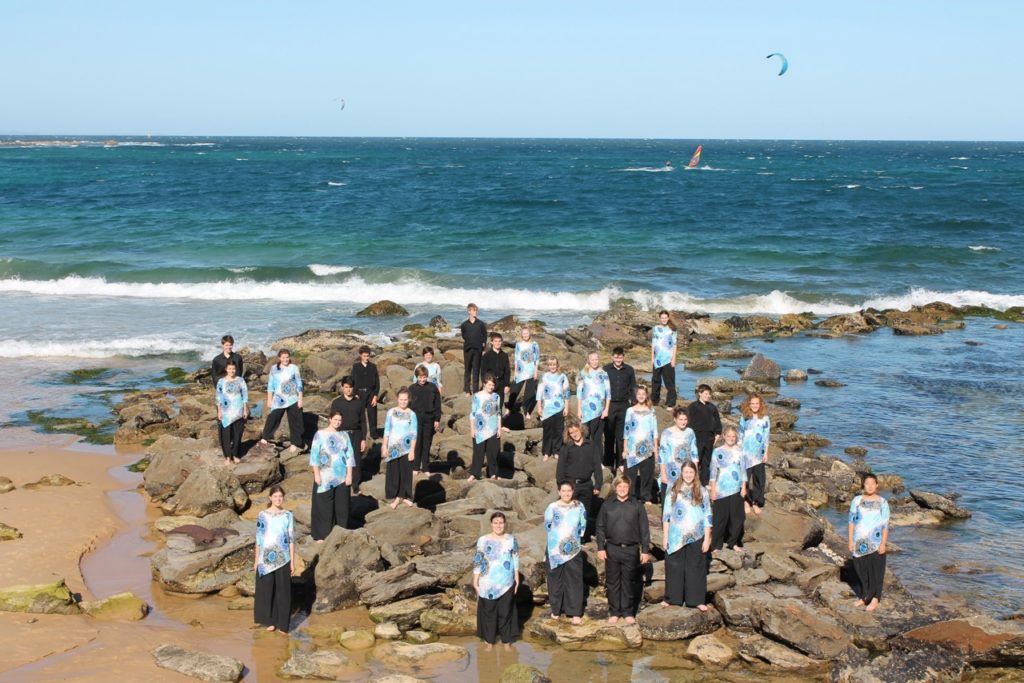 The ensemble Musica Oeconomica Pragensis was founded in 2001 as one of the free-time activities of students and teachers of University of Economics, Prague. Its first conductor was Mr Ota Friedl who, after two years of work, handed over his function to the current conductor couple Mrs Martina Spiritová and Mr Kryštof Spirit. The repertoire of the choir is wide, ranging from baroque to contemporary music, however, does not avoid interpretation neither of folk songs nor spirituals or popular music. The choir, often accompanied by prominent soloists and instrumentalists, usually performs in Prague, however, it can be also heard in concerts and festivals in other Czech cities or abroad. 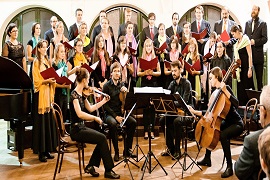 Pangudi Luhur Youth Choir is a multiple awarded choir from Jakarta, Indonesia. The group is the champion winner of the category ‘’Junior Youth’’ and has won a gold medal for folklore at ‘’2nd Asia Cantate 2014’’, Hong Kong. In 2012 they have won a silver medal at ‘’Canta Al Mar Coral Competition’’ in Calella, Spain as well and have won the ‘’Grand Prix Pattaya’’ in 2011.

Known for its “vocal purity”, the Quire of Voyces was founded in 1993 by artistic director Nathan Kreitzer to realize his dream of an ensemble of professional-level musicians performing and preserving the finest a cappella works from the Renaissance and modern eras. Since that time, the Quire has experienced great success: 20 concert seasons, six distinguished compact disc recordings and four European tours. The group has branched out from its a cappella roots at times to collaborate on major orchestral works with the Santa Barbara Chamber Orchestra (in Mozart’s Requiem, Bach’s Mass in B Minor, and Handel’s Dixit Dominus) and the Santa Barbara Symphony (Beethoven’s Ninth Symphony and Mahler’s Second Symphony). 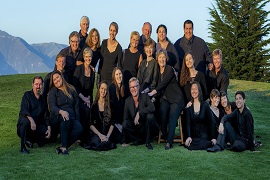 Skedsmo Voices is a Norwegian Youth Choir from Skedsmo and conducted by Ingrid Anette Danbolt. The choir consists of 40 singers, boys and girls, aged 13 to 19. Since their formation in 2005 they have participated in many different choral events, frequently in cooperation with musicians, singers and other choirs. Skedsmo Voices have an extensive repertoire, ranging from Norwegian folk songs and classical music to Negro spirituals and Jazz. In 2012 they participated in the highly acclaimed, Norwegian musical “Dropout” in Oslo and in 2013 they took part in the World Choir Festival, in Riga, reaching an impressive 3rd place and a Silver Diploma. 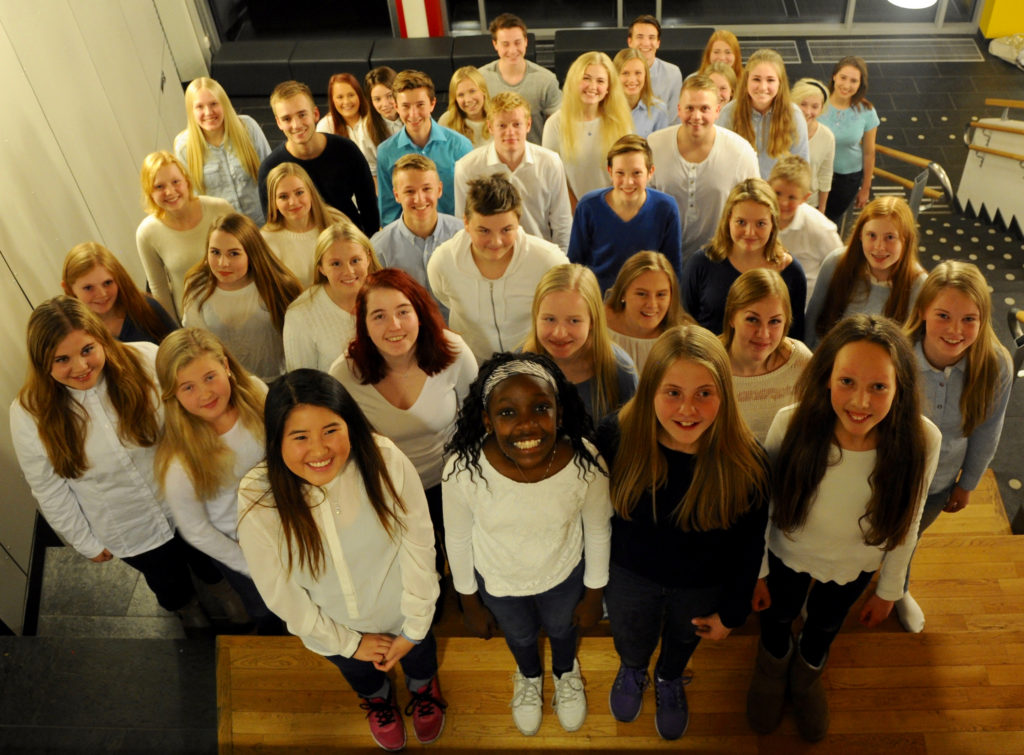 The Bishop Anstey High School Choir has been in existence since the founding of the school in 1921 and has a wide repertoire of Classical, Contemporary and Gospel Music as well as African, West Indian Folk and Calypso.The Choir has been named champion choir at the Trinidad & Tobago Biennial Music Festival on many occasions and has performed at numerous private and State functions in Trinidad & Tobago. Among them are a charity performance with Grammy and Tony award winning singer, Heather Headley in 2011, the 2009 Summit of the Americas and the 2009 Commonwealth Heads of Government Meeting.

The Cantica laetitia Chamber Choir was founded in 2004 in Zlín and conducted by Josef Surovík originally as a selective girls’ ensemble of the Cantica children choir and performs since 2012 as a mixed group. The choir’s repertoire is based on the music of the 20th and 21st century such as E. Whitacre, P. Eben, Z. Lukáš etc. The successful history of the choir includes their triumphs at the International Festival of Advent or at the International Festival of Academic Choirs (Pardubice, Czech Republic, 2014) and several special prizes.

The choir was founded in 1972 and is conducted by Sue Murray, M.A. Hons, Dipl. Tchg. The group’s repertoire also includes a few more classic pieces, as well as traditional New Zealand waiata (songs) with costume changes, movement and keyboard accompaniment. The Auckland Singers 2009 won a Silver Award in 2009 at the World Projects 20th Australian International Music Festival. Furthermore they received in 2011 an award in the Pop and Jazz section at the 50th Seghizzi International Competition of Choral Singing in Gorizia, Italy. In 2014 they represented New Zealand at the non-competitive Festival of Voices in Hobart, Australia. 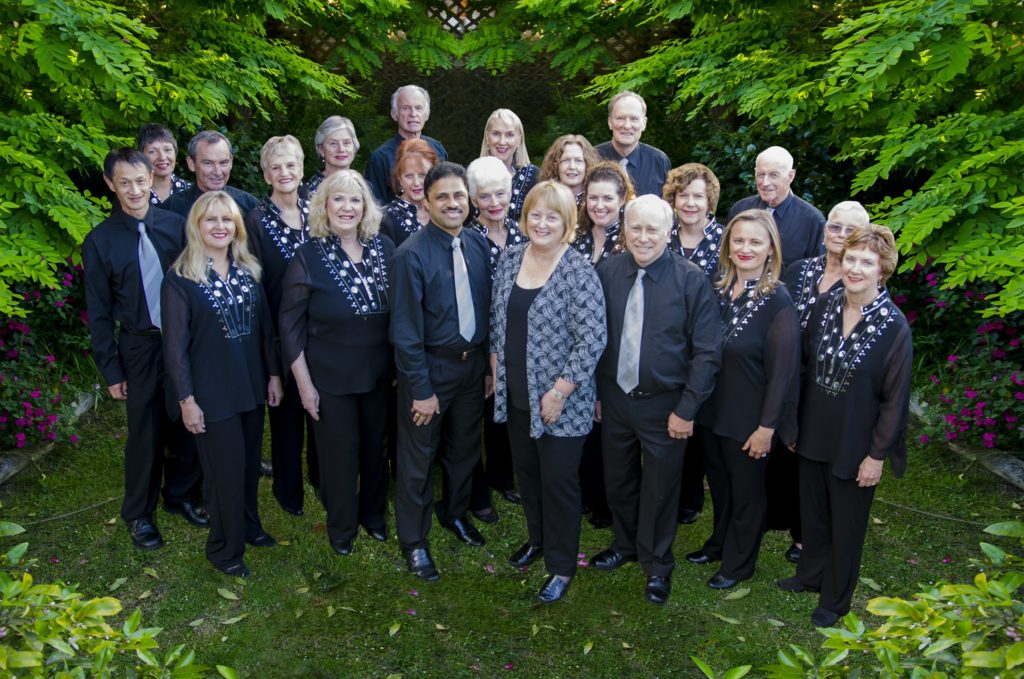 The Methodist Ladies’ College, conducted by award-winning Kareen Deppler, has a rich music performance tradition and supports a large number of vocal as well as instrumental ensembles. The MLC European Tour Choir offers students the opportunity of singing on the international stage with their peers from around the world. While on tour the choir aims to share their heritage of traditional Australian music as well as showcase contemporary Australian composers.Their repertoire includes a large amount of sacred repertoire and also extends to choral works from countries further afield including Italy, Germany, Hungary and England. 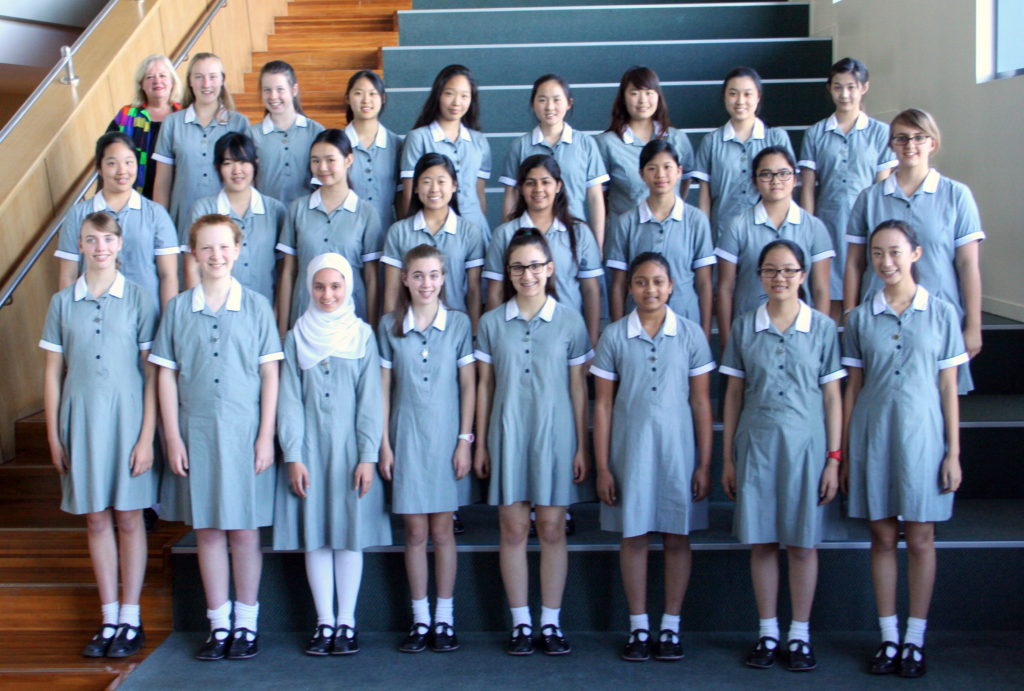 The group started around 2006 with only 8 singers. All of the members were students of Mike McCullough at either Palmdale High School or Antelope Valley College. The Sunday Night Singers competed at the Llangollen International Musical Eisteddfod in 2008 with 11 singers, some of those same singers are still in the group today. Currently there are  24 singers that range from semi professional – stay at their parents’ home. 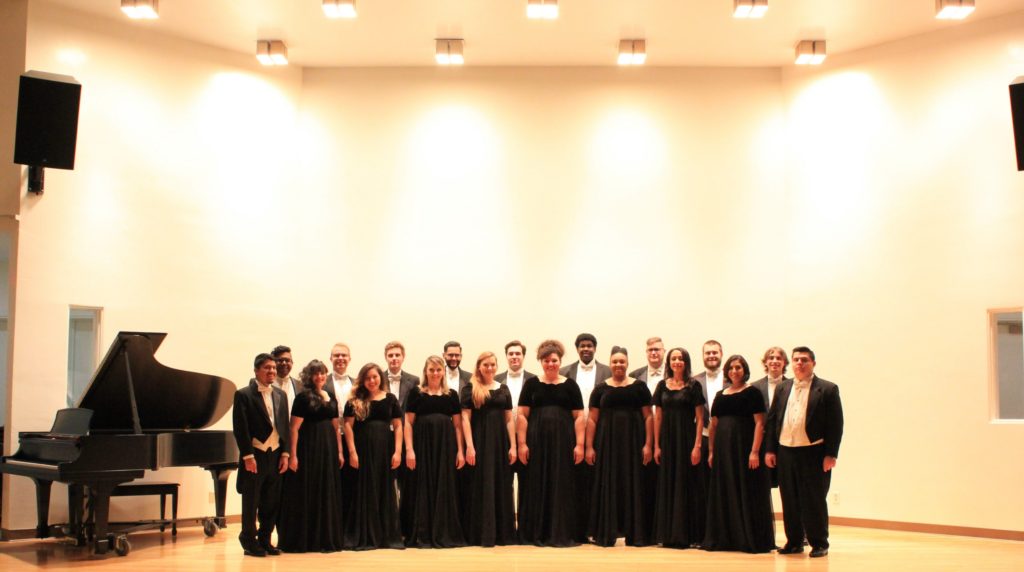 University of the Philippines Medicine Choir

Since its founding in the 1980s as an offshoot of the College of Medicine’s annual Tao Rin Pala interclass choral competition, the choir has grown to be one of the most active organizations in the college—staging at least two concerts every year and having produced 6 recordings. The group has toured and competed in the U.S., Europe, and China, garnering prestigious awards and meritorious recognitions such as the P.E.A.C.E Trophy from the 51st International Fleischmann. With the mission of healing through music the choir often sings in hospitals and organises concerts for beneficiaries such as patients with X-linked Dystonia Parkinsonism.