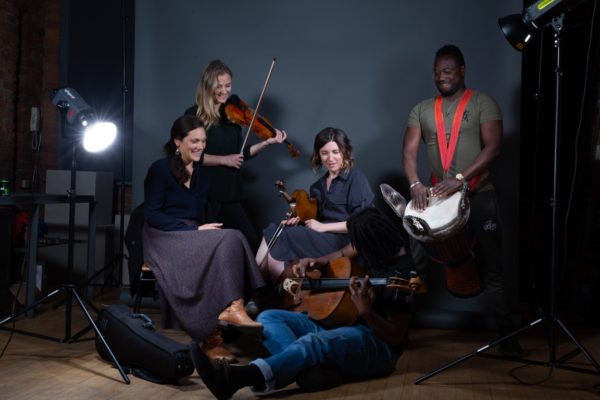 Expect an evening of classical music with a twist as Fusion presents eclectic musical elements from different cultures sitting side by side, from Western classical music to African folk and the rhythms of South America.

The first part of the evening will present the UK première of German composer, Bobbi Fischer’s Magnificat, where this traditional choral work is fused with rhythm and harmonies of Latin America with Samba, Rhumba, Bossa Nova and Cha Cha. In this setting of the hymn of praise from St Luke’s gospel, Elin Manahan Thomas is the solo soprano as the voice of Mary. Described as one of the most exceptional sopranos of her generation, Elin Manahan Thomas released her debut album Eternal Light in 2017 and has performed at many of the world’s most prestigious venues and events including the Royal Wedding in May 2018. Elin last appeared at the International Eisteddfod in 2017 to perform in Christopher Tin’s mesmerising Calling All Nations concert.

The second part of the evening features Manchester Collective with a special excerpt from their critically acclaimed show, Sirocco, where nine players perform an electrifying fusion of music by composers such as Haydn and Mozart with traditional music of Africa. Manchester Collective create unforgettable musical experiences and breathtaking live shows.

‘pure joy and energy…music that will raise the hairs on your arms and bring a great big smile to your face.’ Manchester Collective on Sirocco