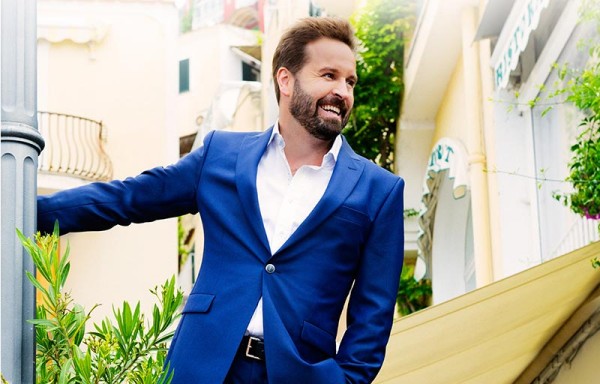 The king of smooth and a former apprentice mechanic are the headline acts at this summer’s Llangollen International Musical Eisteddfod.

Legendary American singer-songwriter Burt Bacharach and Britain’s own favourite tenor, Alfie Boe, are set to wow concert audiences at the event which runs from Tuesday, July 7, to Sunday, July 12.
Bacharach, perhaps the greatest songwriter of the 20th century, will visit North Wales for the first time to star in a curtain-raiser concert at the Royal International Pavilion on the eve of the event, Monday, July 6.

The composer of classics like Walk On By, Raindrops Keep Falling On My Head, Magic Moments and Close To You, is a three-time Academy Award winner who also has six Grammies to his name.

Alfie Boe, discovered singing while he polished cars on the TVR production line in his native Blackpool, will headline the Thursday night concert Music from Stage and Screen.
He will be joined by a galaxy of stars including Britain’s Got Talent’s Jonathan Antoine, Welsh singer Sophie Evans and classical saxophonist Amy Dickson.
Another acclaimed singer-songwriter, Rufus Wainwright, the son of folk legends Loudon Wainwright III and Katie McGarrigle, is Friday night’s star attraction while the six-day festival will end on Sunday with the closing concert by Brummie reggae stars UB40.
Their string of over 50 hits includes the UK number ones the anthemic Red Red Wine, Can’t Help Falling in Love and Sonny and Cher’s I Got You Babe”.
Before that on Saturday, the climax of the week’s competitions will be centre stage as the Eisteddfod’s top choirs battle it out for the Pavarotti Trophy with Britian’s favourite choirmaster, Gareth Malone, in attendance.
Gareth, who shot to prominence with the BBC hit The Choir, will bring his own new Voices choir who will perform their own material and will also join cream of the Eisteddfod’s international choirs for a very special joint performance.
Eisteddfod Musical Director Eilir Owen Griffiths said: “It’s fantastic to have managed to attract Burt Bacharach this year and it shows that Llangollen continues to be able to get the biggest names in music.”
According to Bacharach, he can’t wait to taste the unique atmosphere of the Llangollen Eisteddfod at first hand.
He said: “I have a band of three singers and eight musicians, although we do play with larger orchestras as some venues. I only play and perform songs I have written, all my concerts are about my music.
“We play for around two hours; I’d rather that than go on stage with a set list of, say, 10 songs. I want people to come out and feel they have connected to my music and I have given them something of myself, something tangible to take away and remember.”
Bacharach’s concert will be one of the highlights of another packed week which will begin on Tuesday with Children’s Day and the Parade of Nations, led by Eisteddfod President Terry Waite before the evening Heart of Llangollen concert featuring a galaxy of international talent.
Wednesday night will celebrate South American music and will feature former Royal harpist Catrin Finch with the BBC Wales Symphony Orchestra in a performance of a new work by Patagonian composer Hector MacDonald to celebrate the 150th anniversary of the founding of the Welsh colony in Argentina.
Highlights of Wednesday’s competitions will include a major new trophy for the International Young Musician of the Year and the Children’s Choir of the World while Thursday’s competitions will see another first, the International Voice of Musical Theatre Trophy.
Friday’s Open Category for choirs will showcase styles like gospel, barbershop, jazz, pop and glee styles and will also see the International Voice of the Future decided with the prize including the chance to sing at one of the evening concerts the future.
The Blue Riband event, the Choir of the World for the Pavarotti Trophy, is decided on Saturday night as well as the Lucile Armstrong Dance Final and Sunday sees the Eisteddfod let its hair down for Llanfest before the climactic final concert.
Musical Director Eilir Owen Griffiths added: “I am really excited about the line-up for this year which I am sure will prove a big hit with our audiences.
“We’re also thrilled to have Alfie Boe, Rufus Wainwright, Catrin Finch, Jonathan Antoine, Gareth Malone and UB40 here.
“We want a rich diversity of music to be featured at Llangollen and our only proviso is that it must be world class and this year’s lineup certainly fits into that category.”
And that positive feeling floods out from the Royal International Pavilion to the field where hundreds of competitors and thousands of visitors flock and you can soak up the sights and sounds of the world as singers, musicians and dancers from New Zealand and Russia, China, India and South America mingle.
Visitors can enjoy live music at the 200-seat S4C Stage, join in with dance workshops or just soak up the heady atmosphere throughout the week as world-class competitors perform in a spectacular celebration of cultures with stunning choral music and lively traditional dance, in he Pavilion, on the outdoor stages and in impromptu performances all around the field.