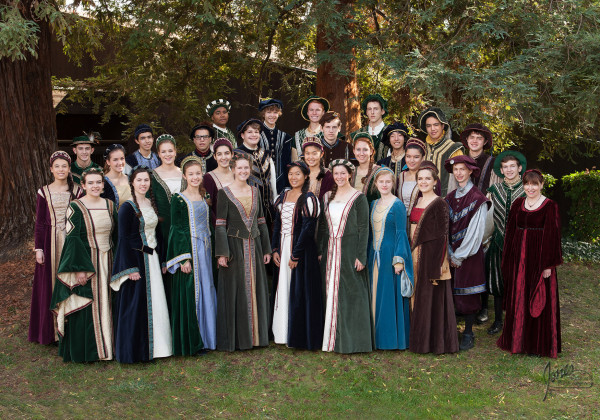 A choir that has backed the Rolling Stones will be at Llangollen this summer as part of a Californian gold rush.

They reckon there’s choral gold in them thar hills and so four top choirs from the Golden State are headed for the small town in North Wales for a singing shoot-out this July.

The fame of the Choir of the World event and other choral competitions at the Llangollen International Musical Eisteddfod has enticed them to make the 5,000-mile trek to Wales for this summer’s 70th festival. 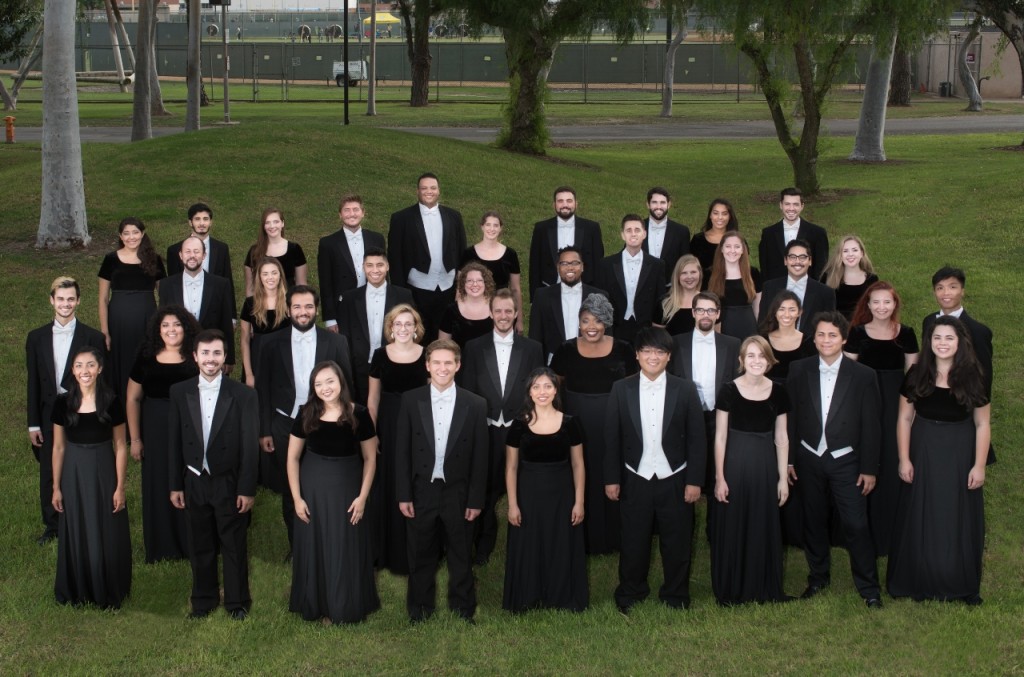 They heard about the Eisteddfod from colleagues who had been there and Dr Jonathan Talberg, Director of Choral, Vocal and Opera Studies at the Bob Cole Conservatory, said: “They told us what a wonderful experience they had in Llangollen and we are so looking forward to sharing some of our musical traditions with the festival.

“We’ll be highlighting music from Southern California as well as American Folk Music and Spirituals.

“The Choir is the premier mixed choral ensemble at the university and features 40 of the most talented singers under my direction.

“They come from diverse areas of study including opera, vocal performance, jazz, and music education and we’ve had some incredible recent performances including singing with the Rolling Stones, performing at the National Collegiate Choral Organization and the American Choral Directors Conferences.”

Competing with them will be the Santa Barbara Quire of Voyces, the Davis Madrigal Singers and Palmdale’s Sunday Night Singers and all are hoping to strike gold against choirs from around the globe at the iconic festival.

Santa Barbara Quire of Voyces are making their first visit to Wales and manager Patty Volner said: “People may ask how we in California heard about Llangollen but doesn’t everyone in the choral world know about Llangollen? We think of it as the choral capital of the world.

“Being in Llangollen and around so many others singers from all around the world and sharing our passion of music will be an experience unlike any other. 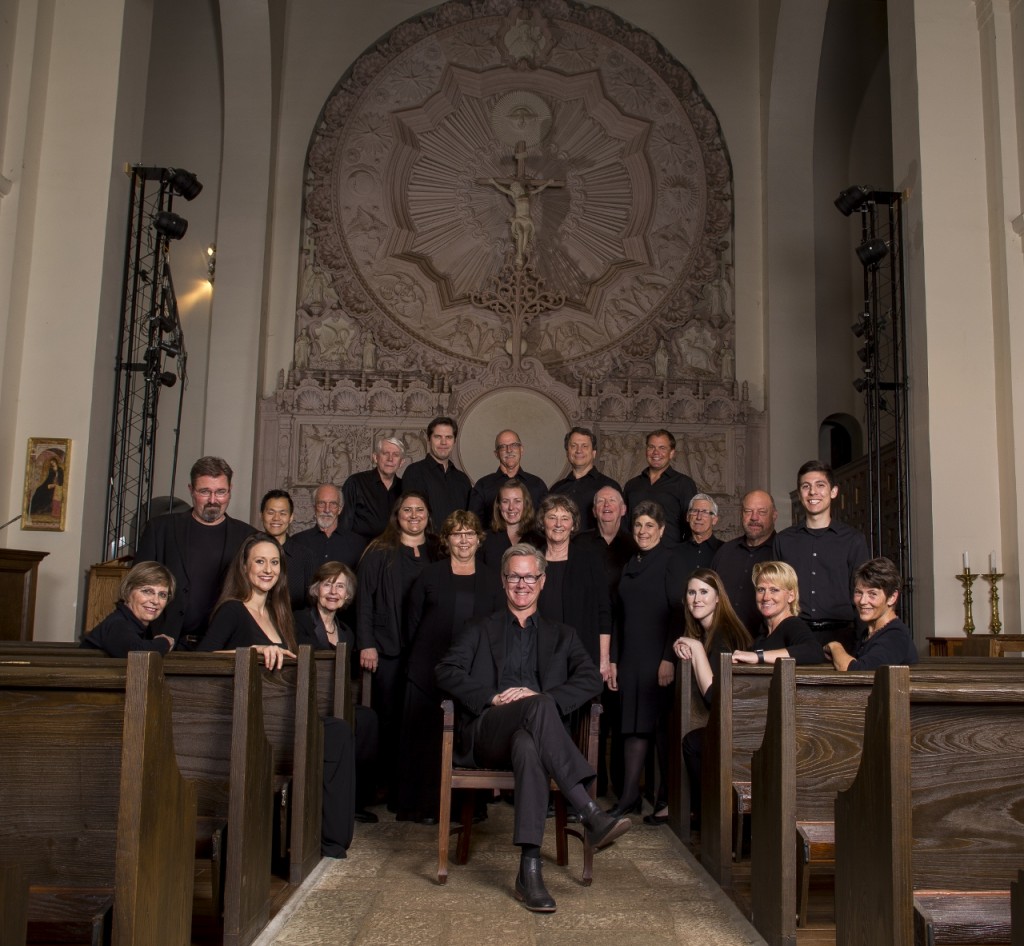 It’s a first visit to Wales for the Santa Barbara Quire of Voyces.

“The coming together of groups from different cultures offers an experience to broaden one’s perspective and we agreed our deep commitment to the arts shares the same values of the original founders of the Eisteddfod. We are so excited to be a part of this festival!”

The Quire was founded by artistic director Nathan Kreitzer in 1993 and Patty added: “We are a mixed choir and we focus primarily on performing in California, usually around eight concerts a season. However, we aim to tour once every three to five years.

“We are dedicated to presenting and recording world-class interpretations of sacred a cappella works from the Renaissance and modern eras.

“Performing in Llangollen will give us a much wider audience and recognition worldwide while also meaning we can learn from other high quality groups.”

The Quire of Voyces has sung at High Mass at St. Peter’s Basilica in the Vatican as well as at Salisbury and Canterbury Cathedrals and in Naples, Vienna, Prague, Budapest, Finland, Estonia and Sweden.

The Northern Californian Davis Madrigal Singers, 29 high school students from Davis, near Sacramento, are returning to North Wales a decade on from winning the Adult Chamber Choir competition at the Eisteddfod.

The choir’s co-trip coordinator, Bill Hunter, said: “The choir performs a wide variety of music from the 15th Century to the present with singers wearing renaissance-inspired costumes.

“We perform about 40 concerts a year in the United States and abroad and have reached out to the community by serving meals to the homeless and performing benefit concerts at children’s and military hospitals, senior citizen centres and at choral workshops with younger students at elementary to middle school levels.”

The Davis Singers were founded in 1966 and this is their third visit to Llangollen and they have also won the Prague International Choral Competition and performed in Germany, Austria, England, Italy, at the Sistine Chapel as well as St Peter’s Outside the Wall and the Sydney Opera House.

Dr Karen Gardias, the Singers’ Musical Director, said: “We are very aware of what an honour it is to compete at what is the 70th year of the Llangollen Eisteddfod.

“We were blessed to have been invited to perform at the festival in the past. Hearing exceptional choirs from around the world has been life changing for us. Thank you so much for the opportunity to return”

The Sunday Night Singers, a mixed choir based in Palmdale, will be heading to Llangollen to compete at the International Music Eisteddfod for a second time.

They were runners-up in the Mixed Choir competition at Llangollen in 2008 under the baton of their founder and musical director Mike McCullough.

Mike, who was also at Llangollen for last year’s festival with his Palmdale High School Chamber Singers, formed the Sunday Night Singers in 2005 after being asked to provide a choir a Greek 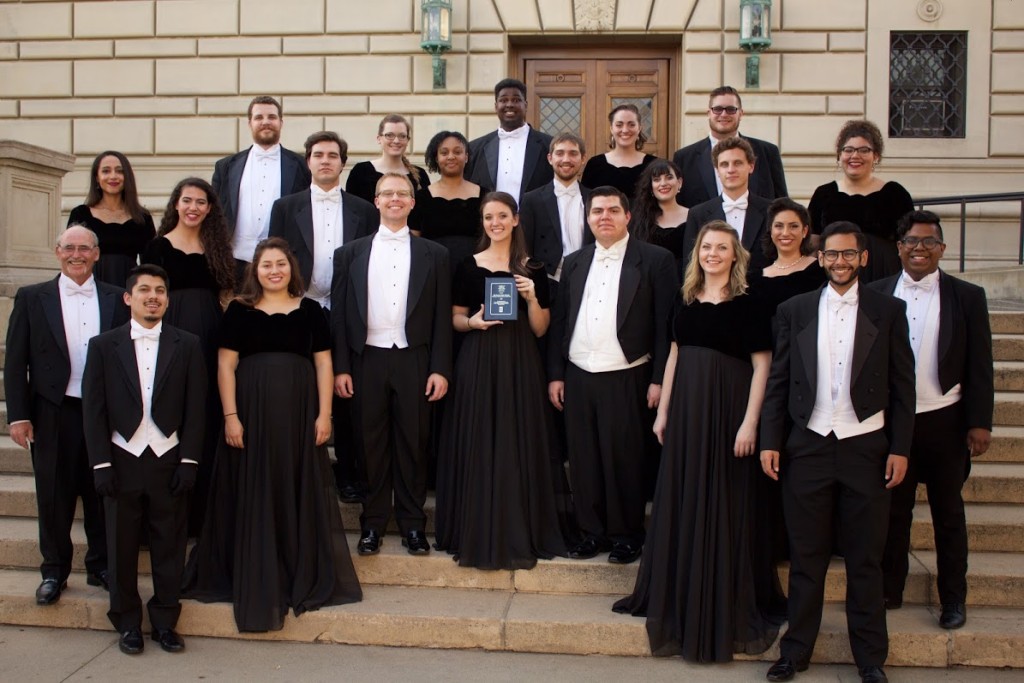 The Sunday Night Singers, from Palmdale, are making a return visit to Llangollen.

And according to Tyler Heckathorn, president of the Sunday Night Singers, the choir is looking forward to returning to North Wales.

He said: “We typically have an ensemble of between 20 and 24 singers and the choir continues to evolve as new members replace older members who move to different areas or universities.

“We are staying with host families in the Ceiriog Valley and we are so looking forward to expanding on the amazing experience we enjoyed at the 2008 Llangollen festival.

“It’s going to be a big year for the choir as we are also performing at the 2016 American Choral Director’s Association Western Regional Conference in Pasadena.”

Eilir Owen Griffiths, the Llangollen International Musical Eisteddfod’s Musical Director, said: “We know just how strong the choral music scene is in California. Last year we had two Californian choirs and this year to be able to welcome three choirs is wonderful.

“I’m delighted to hear that Llangollen is considered by our Californian friends to be the choral capital of the world. That’s a sentiment I certainly wouldn’t argue with.”

For more information about the Quire of Voyces please visit www.quireofvoyces.org

To see the Bob Cole Choir in performance with the Rolling Stones at Petco Park, San Diego, go to https://www.youtube.com/watch?v=KcLNXYfI_sU