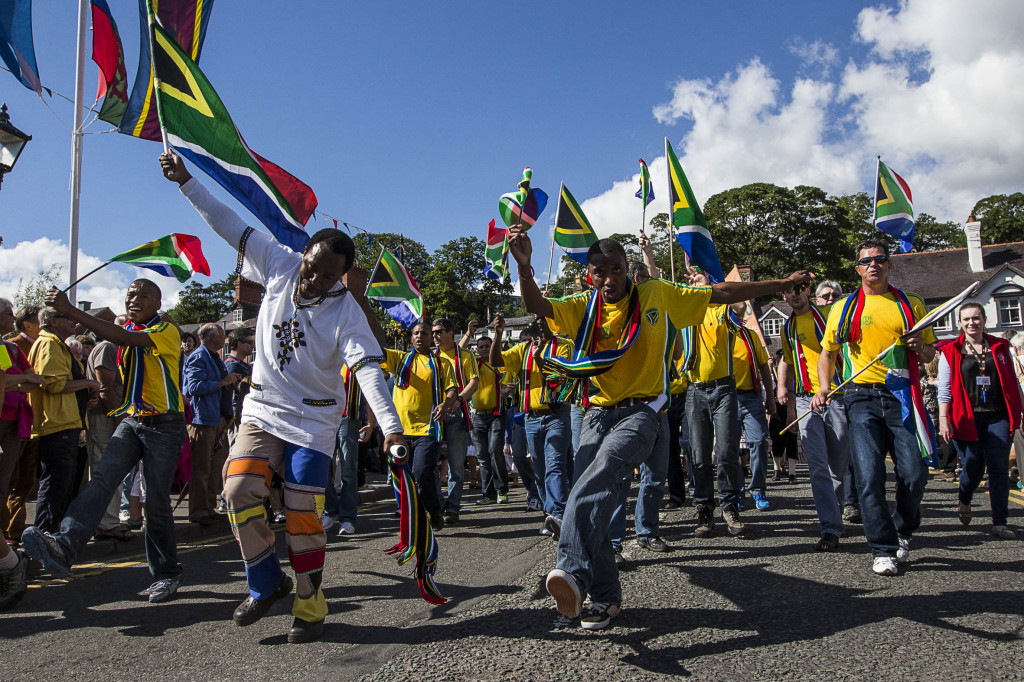 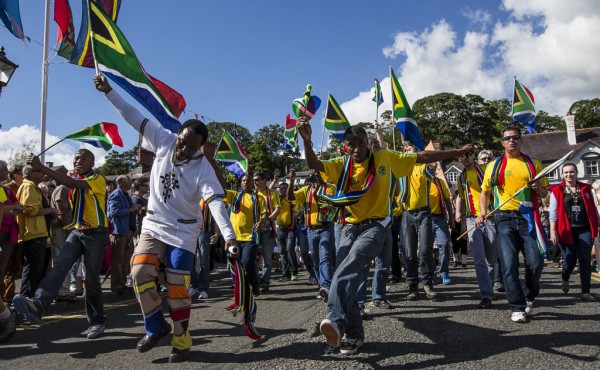 Competitors from across the globe marched through the heart of Llangollen to the accompaniment of rousing cheers and applause from a large and enthusiastic crowd.

A rainbow array of banners and national flags fluttered above them as singers and dancers from a host of nations walked in procession from the Eisteddfod field, down Abbey Road, across the historic centuries-old bridge and on into the town centre where the streets had been closed off specially for the occasion.

Heading the parade, which took around 20 minutes to go by any one point, was popular Eisteddfod President, Terry Waites CBE, aboard a vintage dray wagon loaned by Llangollen Brewery and hauled by a magnificent shire horse named Dan bedecked with glittering brasswear.

Next came a large contingent of red-shirted Eisteddfod volunteers followed by Llangollen Silver Band whose members set the pace for the parade.

Llangollen’s own town crier, Austin Chemenais, wringing his handbell, heralded the appearance of the Town Mayor and Mayoress, Bob and Margaret Lube, in the back seat of a gleaming 1926 Vauxhall 14/40 car laid on by Llangollen Motoring Museum.

The contingent from Australia delighted the waiting crowd by singing the tune which has become the country’s unofficial national anthem, Walzing Matilda, as they went by.

And there was an extra loud cheer from onlookers as the group from Kurdistan passed by and one of the performers dashed out to steal a cheeky kiss from a woman in the crowd.

The Welsh dragon was prominently displayed throughout the parade line-up and among those proudly carrying the green, white and red national symbol were children from Llangollen’s Ysgol Bryn Collen.

TV cameras whirred and cameras clicked to record the unforgettable scenes as the world passed by to mark the start of the 68th Eisteddfod.