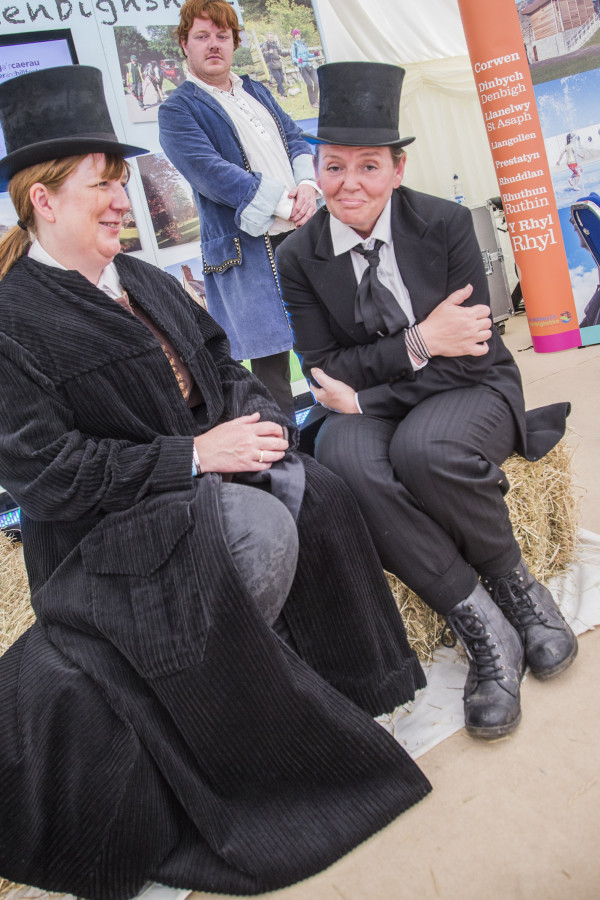 VISITORS to Llangollen International Musical Eisteddfod have been given a fascinating look at the lives of two of the town’s celebrities from the past.

Wrexham playwright Peter Read chose the festival to showcase his latest work, an hour-long drama telling the story of the famous Ladies of Llangollen.
Scenes from the production, which is due to have its open-air premiere at Plas Newydd, their former home in Llangollen, on Tuesday and Wednesday, July 21 and 22, were played out in the Denbighshire County Council tent at the festival at hourly intervals throughout Thursday afternoon.
Peter Read said: “I’ve written the play especially for the performances at Plas Newydd later this month and we thought the Eisteddfod provided the ideal platform for giving members of the public a little taste of what it’s all about.
“Basically, it tells the story of the ladies, Sarah Ponsonby and her friend Eleanor Butler, two members of the Irish nobility who came over to Britain in the late 18th century to find their own rural retreat.
“They eventually settled at Plas Newydd which became a famous meeting place for their many friends and was once visited by the Duke of Wellington as a young man.
“There are eight members in the cast and after its performances in Llangollen we hope to take it on tour around Wales and possibly also to Ireland where the ladies came from.”