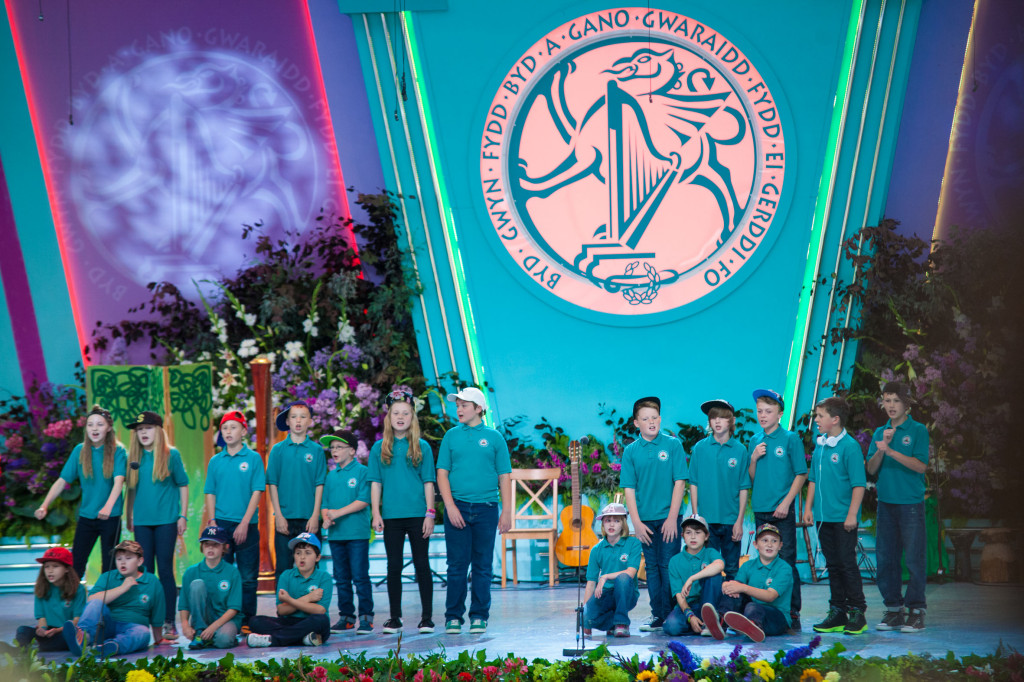 THERE was a novel new twist to the traditional Peace Message at Llangollen International Musical Eisteddfod this year.

Since 1952, the young people of Llangollen have presented a Message of Peace and Goodwill from the stage during the concert on the first day of the festival which is always Children’s Day and attended by large groups of pupils from schools across the region.

The message is usually delivered as a short piece of spoken text.

But for the first time ever, it came in the form of an upbeat street rap in Welsh and English at this year’s concert yesterday (Tuesday).

The piece was performed twice during the two concerts of the day by 28 children from Ysgol Plas Coch in Wrexham, wearing hip green polo shirts and baseball caps, who called themselves Undod Epic – in English Unity Epic – especially for the occasion.

The young rappers were helped with composing the message by 30-year-old by Welsh beat boxer Ed Holden from Anglesey who has been working on similar projects with school, youth club and university groups for the past eight years.

Ed said: “Just before the festival I was asked by the Eisteddfod’s Musical Director Eilir Owen Griffiths if I would work with the kids from Ysgol Plas Coch on the Peace Message and I was delighted to get involved.

“We spent about a week together and the ideas for the message came from the kids themselves, which is exactly how I wanted it to happen.

“I then simply helped them to put the whole thing together. They worked very hard on the project and I think the young audience appreciated it.”

Awel Watson-Smythe, deputy head at Ysgol Plas Coch and the rappers’ class teacher, said: “We’re very grateful that Ed came into school and helped the children to put the message together.

“It was great that it was based on their own ideas.

“One of the hardest things was to get the lines of the message to rhyme because there are two lines in Welsh followed by two in English. But amazingly we did it and everyone is very pleased with how it went.”

One of the most telling verses in the message says: “Teulu a ffrindiau, pawb yng nghyd/Ymestyn yr heddwch rowd y byd/Wipe out racism, stop the wars/If we were friends we could open new doors.