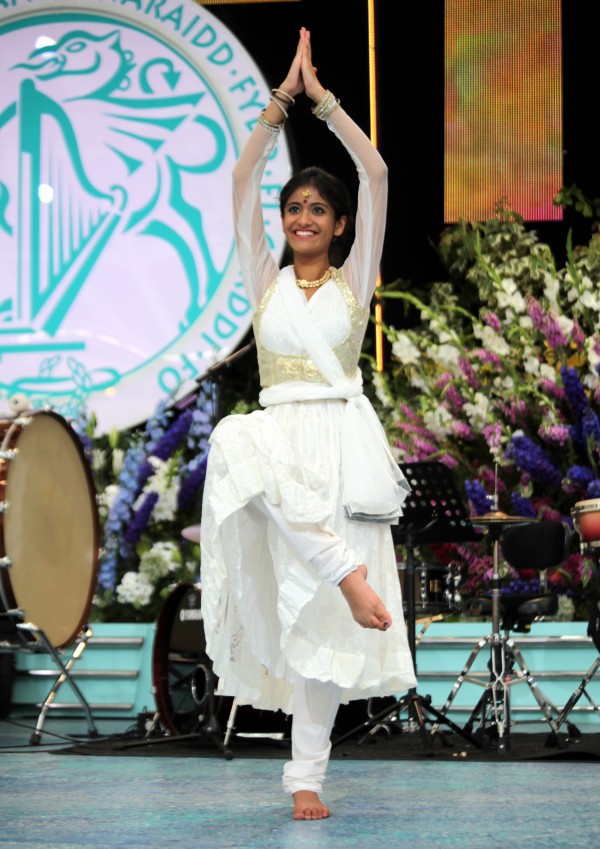 Classical Indian dance was on show at the Llangollen International Eisteddfod thanks to a Ewloe dancer and her students.

Kajal Sharma, 52, who moved to Chester from her native Agra, the home of India’s famous monument to love, The Taj Mahal, more than two decades ago, is a trained classical dancer and has been performing since she three.
And Kajal was hoping to see Prince Charles on the Eisteddfod field having previously danced for him at the home of the Indian president on a visit to Asia some years ago.
In fact Kajal has represented India by performing in 32 countries and dancing before almost 50 presidents and prime ministers including the late Margaret Thatcher.
She said: “I always enjoy performing at the Llangollen Eisteddfod and this year to be invited to perform on the main stage on Children’s Day has been a real honour.
“My students and I are also doing workshops on the Llangollen field throughout the week. I began teaching Kathak when I was just seven years old and I have been dancing all my life.
“The Eisteddfod is a wonderful and truly international event and it’s wonderful to see so many happy people.”
Kajal, who along with her husband owns Chester’s Belgrave Hotel in City Road as well as Buckley’s Windmill Grill, added: “I was delighted to learn that the Prince of Wales was visiting Llangollen as I am a huge admirer of his.
“It’s a long time since I danced for him, more than 20 years, but I remember it like it was yesterday.”