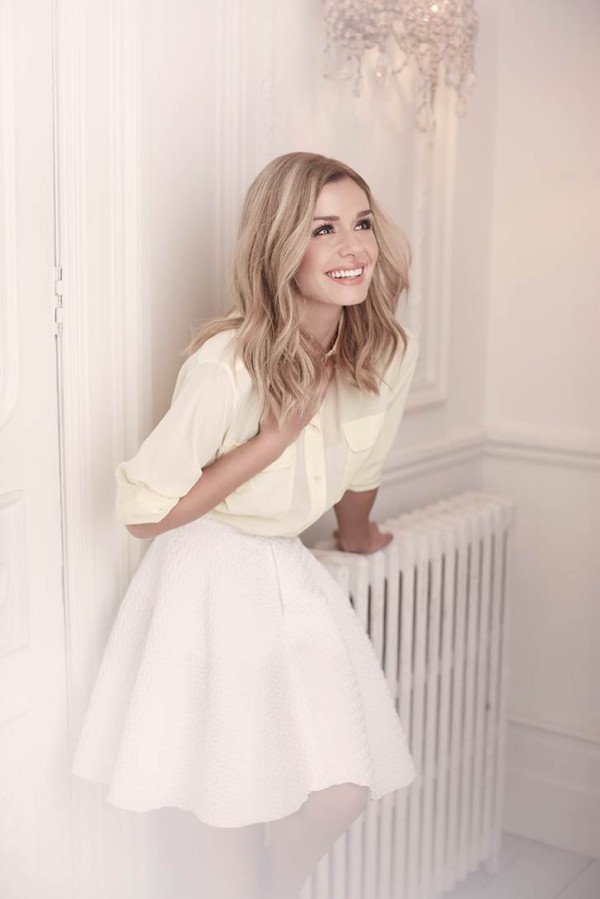 Classical singing sensation Katherine Jenkins OBE has been unveiled as a star attraction at next year’s Llangollen International Musical Eisteddfod.
According to the talented mezzo soprano, she’s delighted to be returning to the iconic festival for the first time since her last appearance in 2010.
She will be treating the audience at the opening night of the 2016 Eisteddfod to a concert version of Georges Bizet’s opera, Carmen, the tale of the downfall of Don José, a naïve soldier seduced by the fiery Gypsy.

It will be the first opportunity fans of Jenkins will have to hear her sing all of Carmen’s operatic arias in one performance.
Tickets for the 2016 concert will be going on sale via the Llangollen Eisteddfod’s website at 12 noon next Monday (July 13).
Katherine said: “I’m really excited as it something I always wanted to do. I studied Carmen at the Royal Academy of Music before I graduated. It’s special as it was written for a mezzo soprano.
“I’ve always talked about doing this and it will be the first time fans will be able to hear all the arias in one evening.
“I do usually include several operatic arias in my concerts but I have never condensed and performed all the arias from a single opera into one concert.
“It’s something I’m really looking forward to; it’s going to be a special Llangollen evening. It’s always been a dream of mine to perform Carmen.
“Carmen is such a wonderful character and it’s one of the most popular operas and every aria is special. It’s going to be a wonderful night, something I hope everyone will really look forward to.”
Katherine, 34, is now planning on taking a break until the New Year as she, and husband, Andrew Levitas, are expecting their first baby in the autumn.
She said: “I have always said I want to enjoy being a mum so I’m taking some time away from music which I think is important. But I will be back next year and 2016 is already looking like it’s going to be absolutely amazing and very exciting.
“As well as Llangollen I’m the first artist to have been confirmed as performing at Her Majesty the Queen’s 90th birthday celebration concert in May.
“It’s such an honour and I am so pleased to have been asked to perform. It’s going to be a wonderful celebration of the Queen’s life.
“And to follow that up in July with, what will be my third appearance at Llangollen, means 2016 is already lining up to be an incredible year.”
One of the most successful classical cross-over singers, Jenkins has sold millions of albums, sang for royalty, the Pope and performed the Welsh national anthem, Hen Wlad Fy Nhadau, before Welsh international rugby matches.
After being awarded a scholarship to study at the Royal College of Music aged 17 Jenkins graduating with honours and received a music teacher’s diploma.
She signed the biggest classical record deal after working as a freelance singing teacher, a model and a London Eye tour guide before her career really took off.
Her Llangollen concert will be Jenkins’ third appearance at the festival which she describes as world famous and an event she always enjoys visiting and performing at.
On this occasion she will be accompanied by an orchestra conducted by maestro Anthony Inglis and a choir.
She said: “I always look forward to Llangollen it’s always a pleasure visiting North Wales and it’s lovely being invited to go back.
“I have had some incredible evenings at Llangollen and knowing my third visit is going to be something really different makes it all the more special.
“I think the Llangollen audiences make the event so different and it really is a unique and very special event. The audiences are always warm, knowledgeable and just so welcoming.”
“We have to remember that Llangollen is a small and very beautiful, North Wales town so it’s incredible that some of the biggest names in music, from all genres, are eager to perform there.”
The festival’s musical director, Eilir Owen Griffiths, is thrilled about securing Katherine’s Llangollen hat-trick appearance.
He said: “Katherine is incredibly popular. It promises to be an amazing evening and something very different in that she will be performing a concert version of Bizet’s Carmen.
“That will be another first for Llangollen and we are incredibly proud that Katherine has chosen the International Eisteddfod to perform a new and exciting concert.
“It’s wonderful we are already able to plan for next year’s event and give our dedicated festival members and supporters something to really look forward to and get excited about.”