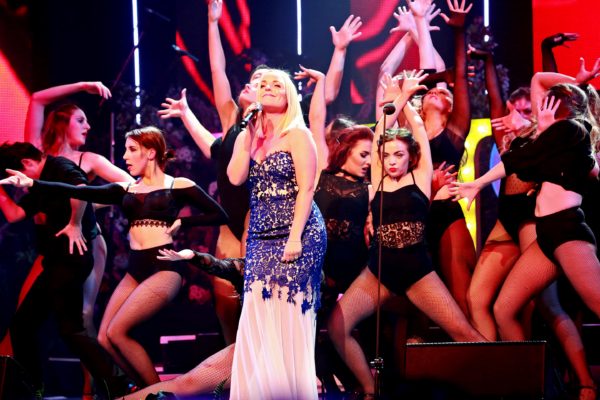 The audience at Llangollen International Musical Eisteddfod were taken on a magical tour of the West End and Broadway at the festival’s glittering Wednesday evening concert.Musical theatre star Kerry Ellis teamed up with classy boy band Collabro to present some of the 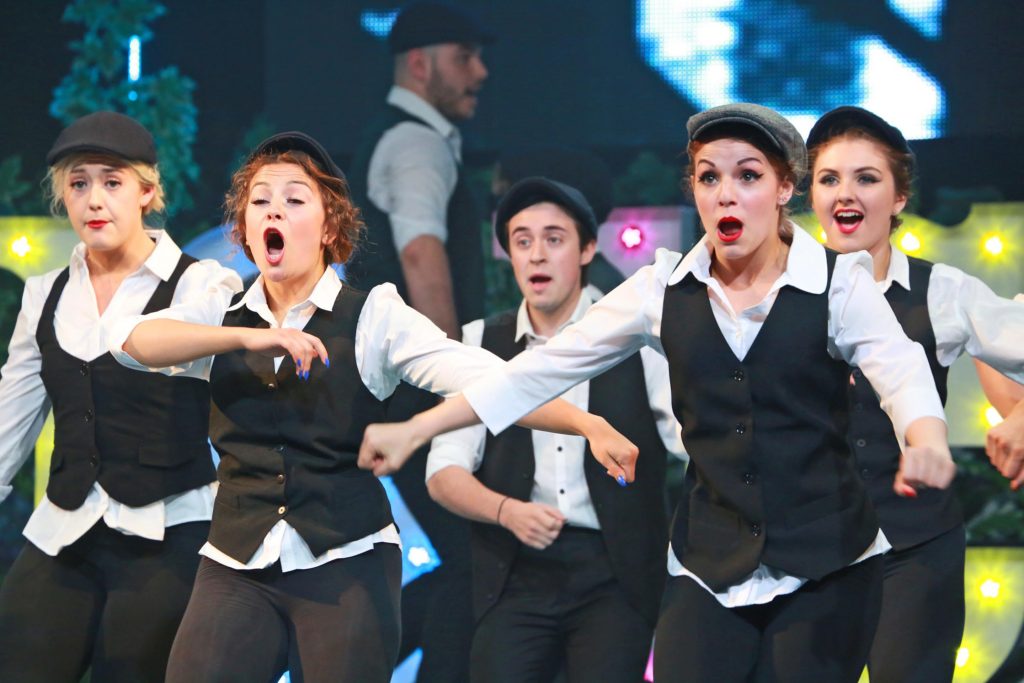 most memorable hits from a range of smash-hit shows backed by the big sound of the WNO Orchestra.

Kerry shot to stardom in the role of Meat in Queen’s We Will Rock You and went on to win a string of accolades for her award-winning performance as Elphaba in Wicked.

She brought all this experience to bear as she brilliantly reprieved the number I’m Not That Girl from the show along with others like All That Jazz from Chicago and Memory from Cats. 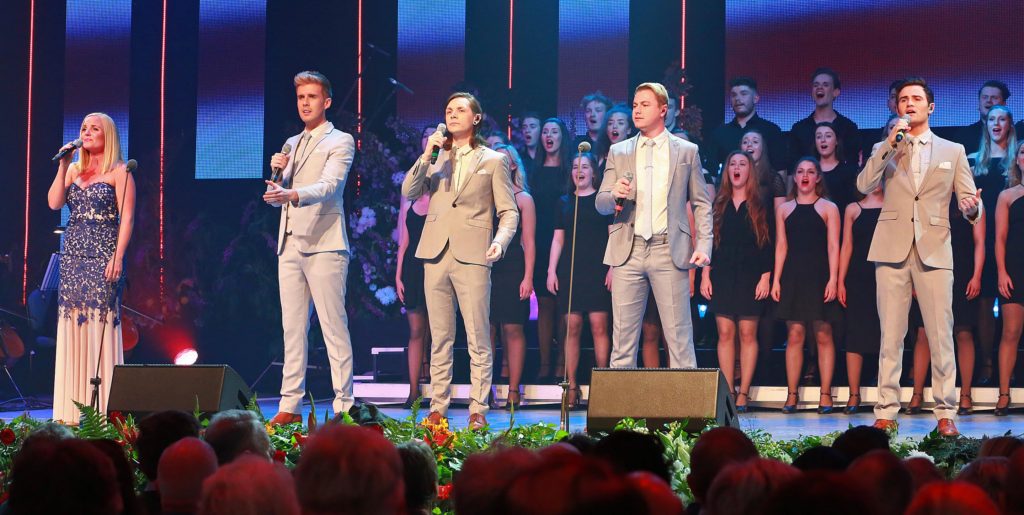 Four-piece Collabro, who swept to victory on Britain’s Got Talent a couple of years ago and went on to record a debut album which reached the number one spot, came on stage to belt out a host of crowd pleasers like the poignant Circle of Life from Lion King, the tender Over the Rainbow from wizard of Oz and Bui Doi from Miss Saigon.

Helping to seamlessly connect the whole show together was CBC Voices, a superbly talented acting, singing and dancing group based at the University of Wales Trinity St David and formed by Eisteddfod Musical Director Eilir Owen Griffiths. 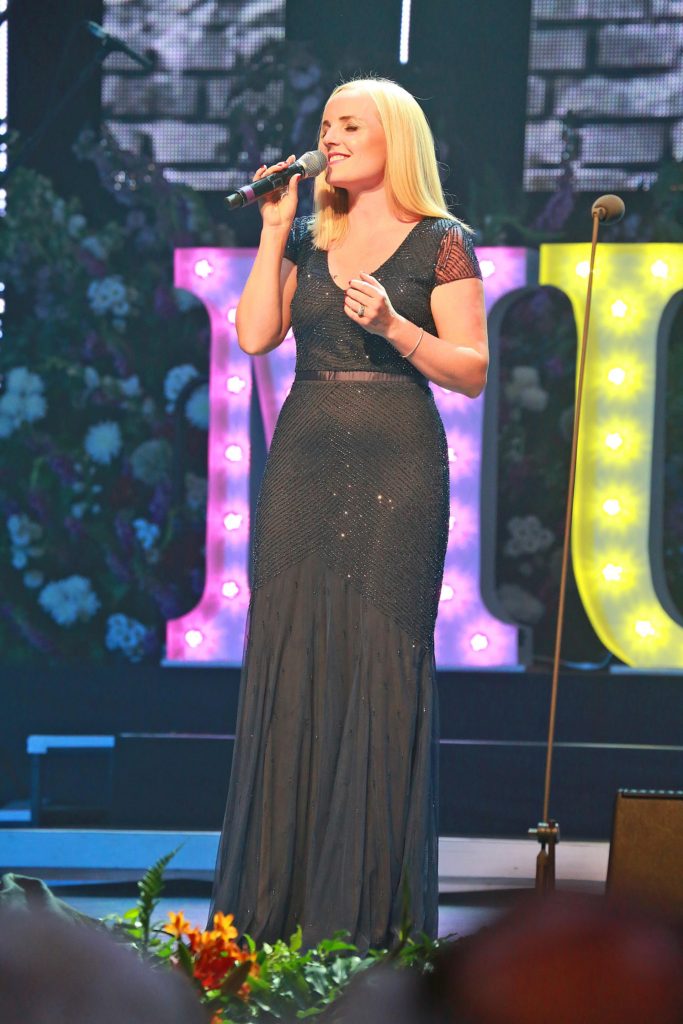 They shone in some excellent song and dance routines including the Ballad of Sweeney Todd and a finger-popping West Side story medley.

There was lots of audience participation too, with plenty of singing along and clapping to the catchiest of numbers.

The evening ended with everyone getting to their feet to award a standing ovation to all the performers for their spell-binding efforts throughout the show and in the rip-roaring finale of a Les Miserables medley.