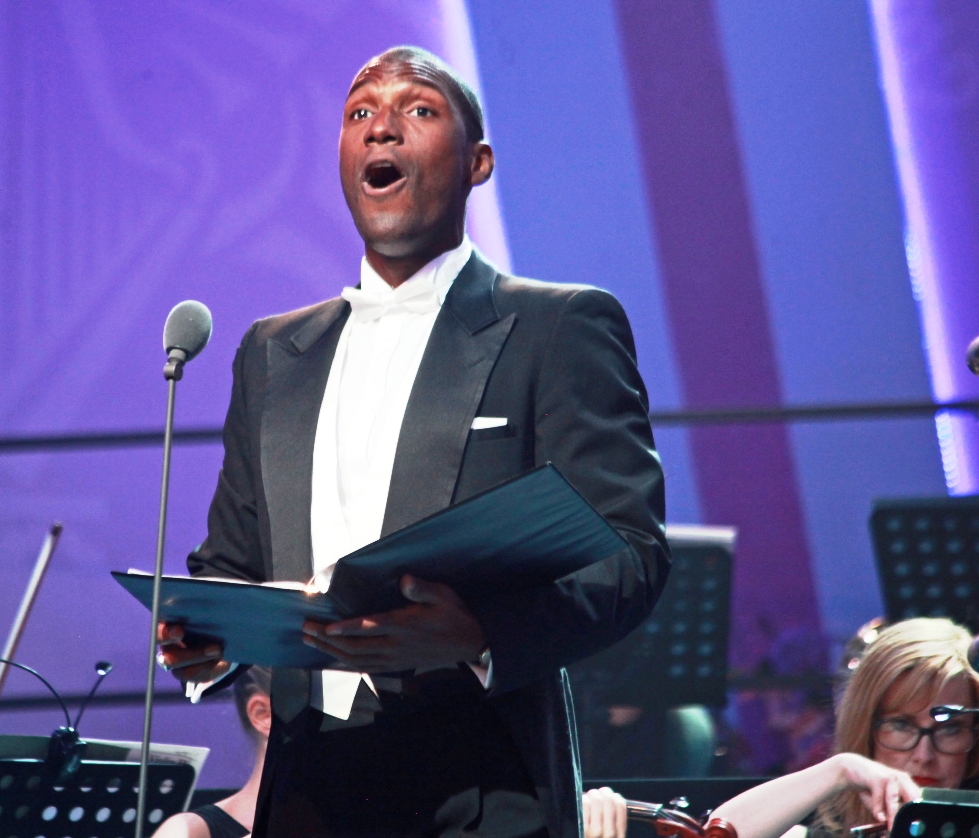 American tenor Noah Stewart brought the house down and won a 10-minute standing ovation as he again sang in Welsh on stage at the Llangollen International Musical Eisteddfod.

Stewart was part of a mixed programme for the first part of the evening’s concert along with vivacious Latvian accordionist Ksenija Sidorova.

His moving rendition of Welsh hymn Ar Hyd y Nos – All Throught The Night – had the Royal International Pavilion audience on their feet.

Mexican trumpeter Pacho Flores’s appearance had fallen victim to the visa issues which have plagued this year’s event but cellist Steffan Morris stood in for him manfully while Gareth Samuels took on the trumpet part for the second half of the evening.

That was dedicated to a world premiere of acclaimed Welsh composer Karl Jenkins’s new work to celebrate his 70th birthday, Adiemus Colores.

Eisteddfod Chairman Gethin Davies said: “This was a wonderful night and Noah Stewart amazed us again with a brilliant performance again and then we had a magnificent performance of Karl Jenkins’s new work.”

Stewart spokes frorm the stage and said: “I fell in love with Llangollen when the train rolled in and I stepped off and saw this wonderful place.

“The message here is of peace and harmong and this is a special place which I will always hold in my heart.”

Eisteddfod Musical Director Eilir Owen Griffiths said: “I must apologise because we did run late I felt it was worth it for what was achieved.

“Noah Stewart was completely on form, Steffan Morris stepped in for Pacho on the cello and Gareth took his place for Adiemus Colores and that was a major achievement for both.

“The beautiful accordionist Ksenija was stunning and we had some fabulous fado singing from Portugal as well.

“Karl Jenkins was delighted and it was an honour that he was impressed with the choir, the Karl Jenkins singers, because they are half from North Wales and half from South Wales and only came together the night before.

“They then stood there for 70 minutes and delivered a world premiere to remember.”