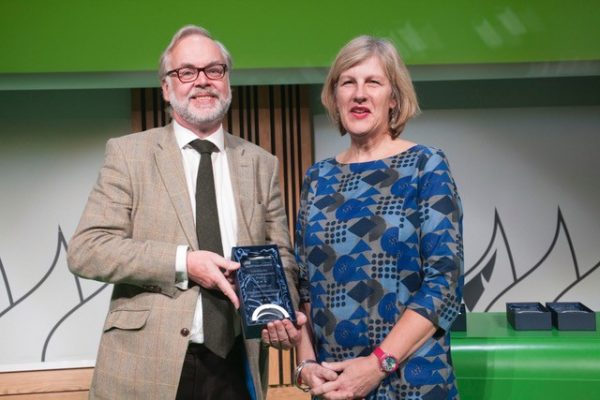 Two charities from North Wales have taken home a share of a £30,000 award fund after being announced as runners-up at the ScottishPower Foundation Awards last week. Llangollen International Musical Eisteddfod was runner-up in the Community Impact and Engagement category, while Bangor University’s Reaching Wider partnership was runner-up in the Education Award.

Both charities have been awarded an additional £2,500 to continue their good work in the community.

Llangollen International Musical Eisteddfod will put the grant towards expanding its Inclusion Project, which reflects the diversity of society and promotes understanding and friendship through music, song and dance. Every year the Llangollen International Musical Eisteddfod maintains its commitment to inclusivity, by allowing people with diverse abilities the opportunity to come together, learn from one another and perform on the Royal International Pavilion stage.

Bangor University’s Reaching Wider team will utilise their grant to pursue industry accreditation for its pioneering Bright Sparks programme, which engages primary school pupils in STEM (science, technology, engineering and mathematics) subjects, through the medium of drama. Bright Sparks was developed and delivered in partnership with Theatr Clwyd.

The Awards ceremony took place at ScottishPower’s HQ in Glasgow and celebrated the organisations which the ScottishPower Foundation has supported this year. Organisations were judged in four categories including Education, Innovative Project, Community Impact and Engagement and Charity Champion with the winning organisation in each category receiving an additional £5,000 funding boost and four runners-up receiving £2,500 each.

Elise Jackson, Community Engagement Officer at Llangollen International Musical Eisteddfod said: “We are delighted to have been recognised by the ScottishPower Foundation for our Inclusion Project. Thanks to the ScottishPower Foundation’s generous support over the past decade, we have been able to deliver our objective of inclusivity, working tirelessly to celebrate diversity and raise disability awareness at the Eisteddfod. This grant will enable us to continue to deliver this important message and engage with even more people.”

Paula Griffiths at Bangor University Reaching Wider Partnership, said: “Thanks to funding from the ScottishPower Foundation, we have so far been able to deliver the Bright Sparks programme to over 1,300 pupils in North Wales. This extra funding boost will allow us to engage even more primary schools in STEM learning and to inspire them to believe in themselves and that anything is possible.”

Ann McKechin, Trustee and Executive Officer of the ScottishPower Foundation, said: “This year we have worked with some truly inspirational projects. We have a strong network of inspiring projects within North Wales and are honoured to recognise two of them as runners-up. We know they will use the funding well to promote community engagement and education across the region. Well done to both charities.”

“The ScottishPower Foundation Awards is an opportunity for us to celebrate the milestones of these organisations, bring them together to foster working relationships and of course, provide additional financial support to those projects which we feel have really gone above and beyond.”

In January, the Foundation announced it would donate more than £1 million to projects across the country, supporting local initiatives in education, the arts, environment and health.

The ScottishPower Foundation was established in 2013 with the aim of making a significant and lasting contribution to society, enhancing the lives of people living in communities throughout the UK. It provides funding to registered charities which are involved in the advancement of education, environmental protection, citizenship and community development. The Foundation also supports organisations working in science, the arts, heritage or culture as well as the prevention of poverty and relief of disability or other disadvantages.