The African Dance Group is from Arusha Tanzania, East Africa and founded in 1994.The members are well known for their Bugobogobo Masewe dance. The aim of the cultural group is entertainment and to promote the Tanzanian culture as well as young talents.

Ahidus Imgun Dance d’Abeille Group is the first berber nation dance group from Morocco. The group exists since 1975 and enchants the people with their traditional dances which are accompanied by traditional instruments like drums made of sheep or cowhide. The group occured in many festivals in Morocco and around the world such as USA, France, Spain, UK, Japan and Gulf countries and won two world prices in USA and Japan. Besides these achievements, the group plays in all royal ceremonies marriages celebrations that the king organises.

Aichurok is conducted by Abdurrahman Koksal since 2000 and has a successful history.They were invited to different charity concerts where they had an opportunity to perform together with Kyrgyz stars on one stage. Aichurok dance group was awarded a second place for Turkish dance in the world competition organized by Turkish Olympiad in Ankara in 2013 and won in 2015 the International Festival of Language and Culture in Germany. The same year in June the group performed in a concert organized specially for European parliamentarians in Brussels. 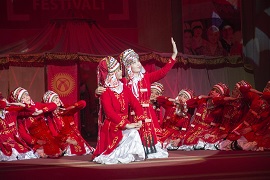 Ansambli Visaret E Gores is a folk and traditional group from Tirane, Albania. They have participated in different competitions in their country and were very successful in foreign countries like Poland, Turkey, Greece and Bulgaria. 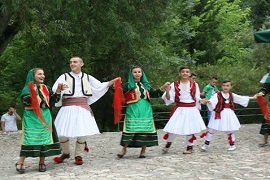 Gema Citra Nusantara (GCN) was founded in December 2004 and directed by Mira M. Arismunandar. Since its inception in 2004, the resume has expanded from domestic performances to performances on an international scale, having participated in various international festivals.The group achieve many prizes as such the 1st place at Overall Choreography for Folk Dance or at Grand Prix der Folklore-23, International Folk Dance Festival for Children in Darmgardten, Germany. Over and above that they are regular guests on several stages worldwide. 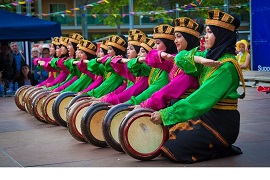 Mother Touch Cultural Marimba and Dance Group was formed when Mother Touch Group of schools was officially launched in 2010. Made up of children in the age group, 5 -13years, the group seeks to display the different types of dances that are done in Zimbabwe, while showcasing the diverse cultures that are in her nation. The group is making an amazing mark in the nation of Zimbabwe as she is steadily becoming a great force to reckon with, while setting the pace for other groups in her category. 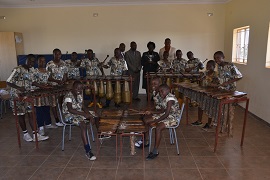 The London Lithuanian folk group Saduto was founded in 2005 and was formed by Lithuanian immigrants who were dedicating to fostering, developing and promoting their culture and traditions outside their home country. Saduto has an extremely wide repertoire consisting of songs, dances in assorted format and games that originate from the different regions of Lithuania. During the ten years of its existence, the group has taken part in many events organised not only by the UK Lithuanian community, but also by various other nationalities. The group has accepted invitations to perform in Northern Ireland, The Irish Republic, Italy, Australia, New Zealand, Turkey and Greece. 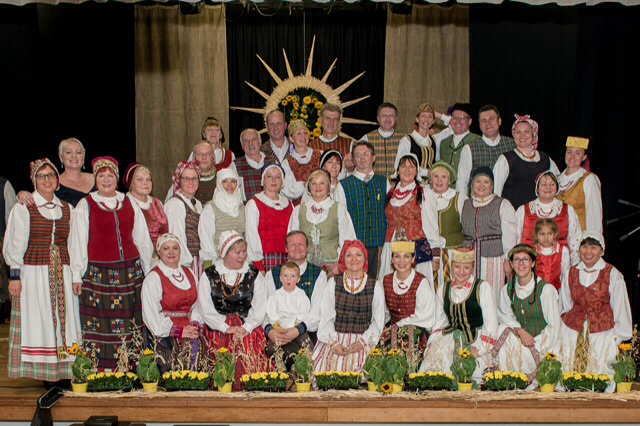 The ensemble established in the early 2000’s that involves itself in the teaching of dancing, drumming, and  folk songs to school institutions and conducting of workshops. The organisation had participated many festivals across Ghana, U.K, Italy, and South Korea. Various folks dancing from Ghana, Nigeria, Togo and Benin plays dominant role in the performances of Sogo Africa Traditional Music and Dance Ltd. The group has won several awards from various Festival bodies, government Institutions, and other non-governmental agency. 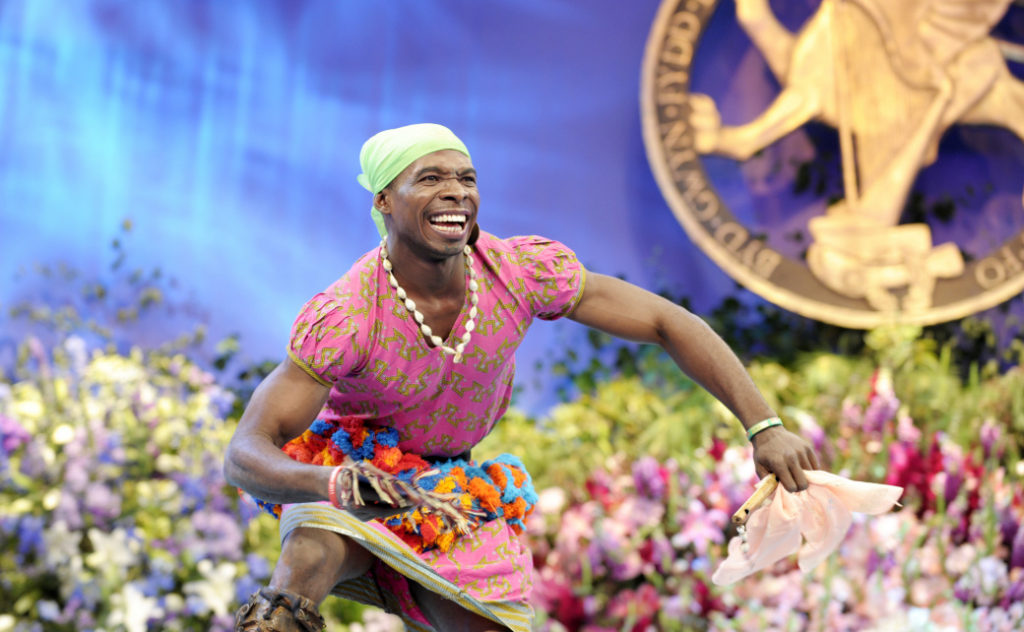 Spraoi is a group of 23 students from Our Lady’s Secondary School who enjoys performing Irish traditional music and dance as well as fusing it with various styles. The group has competed at the Eisteddfod in 2012 as well at the Waltons Music for Schools Competition, which is held in the National Concert Hall in Dublin and is the only school to have reached at All Ireland finals four years in a row. Their love for music and dance is palpable in every performance and their willingness to work as a team and to encourage young musicians and dancers into the group. 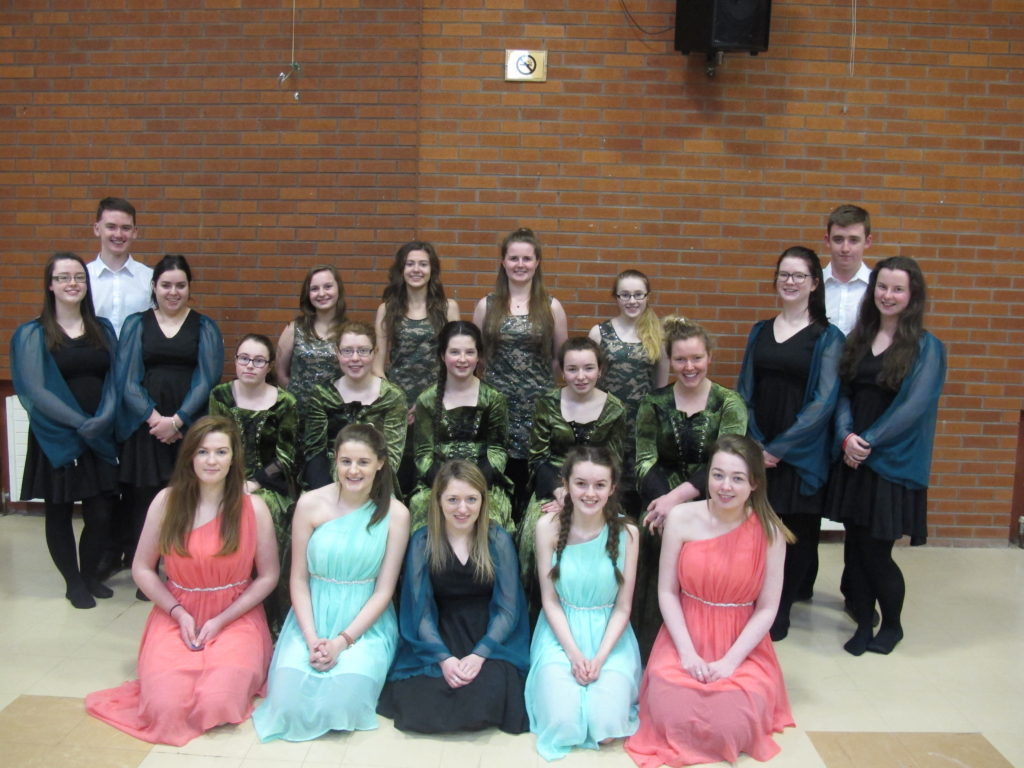 Bhangra is the most popular community dance of all the Punjabi’s; previously it was played at the time of harvesting season. It’s danced with the rhythmic beats of a big drum called Dhol, Flute (Algoje) and Chimta, a kind of music tong with small brass jingles. With each new song dancers change their steps and execute many variations of the dance. The costume of Bhangra includes common dress of peasants comprising a printed or a plain loin cloth (Chaadra), a loose shirt (Kurta), a velvet waist, a colourful Turban (Pagri) and a waist best. A loose necklace with golden beads called (Kaintha) is the male jewellery.