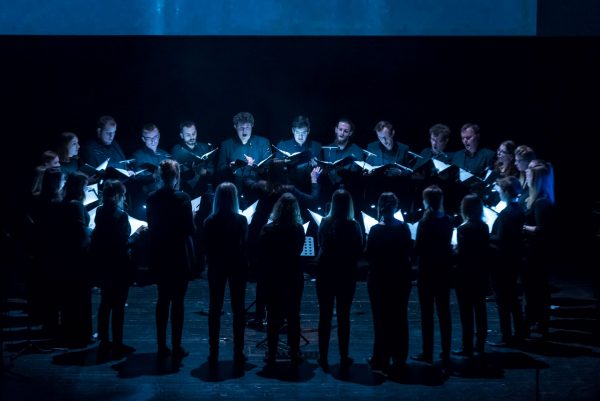 Biography: In 2006, a group of choral conducting students and singing enthusiasts from the Music Academy of Gdansk gathered to premiere the compositions of their colleague composer.
From the very beginning of the band’s existence, they have gathered quite a few awards in their cabinet. It has been assumed that when they appear at competitions in the country, they are listed as one of the favourites before they even enter the stage. At the international festival in Barczewo, the 441 Hz Chamber Choir collected all the main prizes. They also won, amongst others, in Bratislava, Sopot, Cieszyn etc. Usually they win in contemporary music categories, because it is their specialization, but sometimes they do perform various other compositions during competitions.
Last year, DUX label premiered their second album, “Song of the North”, on which the choir based their latest vocal show. It met with great interest as the premiere concert attracted almost half a thousand listeners. Local media used to describe them as a “dishevelled choir”, because they do not match the stereotype of a choir and do everything possible not to fit into the stereotype.
They have diverse experiences that influences their development as a team. Thanks to this, the choir have become known as a group that undertakes the boldest and most daunting orders that other Polish choirs would not take on. They are able to prepare and take part in various projects in a very short time, and in addition, they achieve it at a high level.