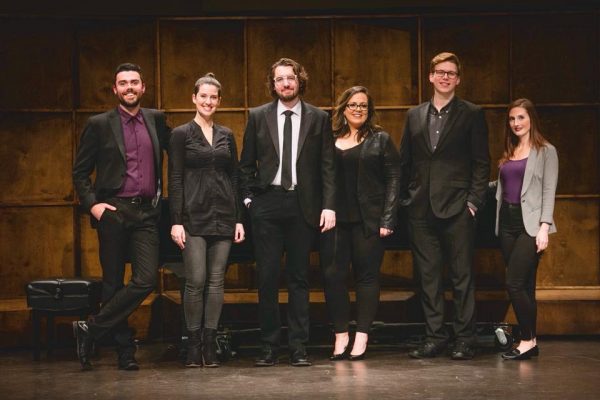 Biography: Initially formed as part of a school-outreach program with the Quintessential Vocal Ensemble Choir in Newfoundland in 2009, Afterglow developed a love of 6 part acappella music and began searching for new and challenging musical experiences. They are great friends and love to sing diverse kinds of music, including pop, spiritual, renaissance and contemporary.

In 2011, Afterglow was awarded first place in the Small Vocal Ensemble category of the Association of Canadian Choral Communities’ National Choral Competition. The group perform frequently throughout St. John’s as featured guests on CBC Radio, local television, Festival 500, as well as community concerts and fundraisers.

Afterglow was one of 11 groups selected world-wide to partake in the Small Vocal Ensembles component of International Festival 500 in July 2011. They spent this time in masterclasses and individual coaching sessions with Bob Chilcott and Finnish group, Rajaton. As a result of their acceptance, the group was awarded a substantial Professional Project Grant from the Newfoundland and Labrador Arts Council. They participated in this program in 2013 as well, receiving intensive coaching and performing for sell out audiences.

After some time apart, Afterglow returned in 2017 with some fresh members, and will be traveling in July 2018 to compete in the Llangollen International Musical Eisteddfod.