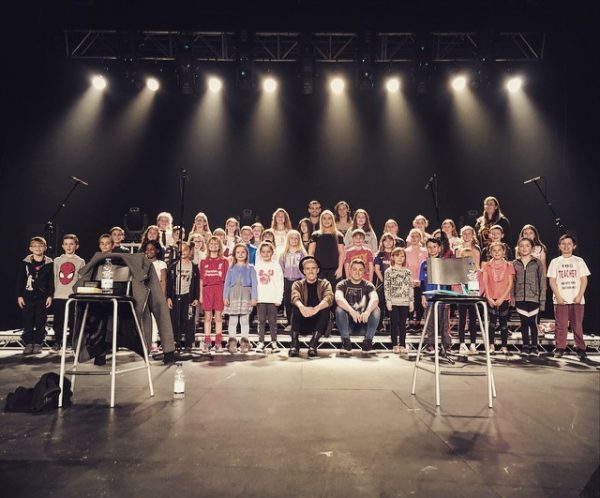 Biography: Ballacottier Primary School is a school in the Isle of Man, on the outskirts of the capital, Douglas. The junior school choir was formed on a more regular basis around 8 years ago. Up until that point, the headmaster at the time, John Rhodes, had been running the choir for special occasions such as Christmas etc. In the eight years since forming, the choir have performed all around the island at various concerts and events.

This has included a concert with local blues star Davy Knowles, a performance with the late Katherine Crowe during her support slot for Beverly Craven, a performance in front of the Bee Gees and also at a local Pink Floyd tribute act concert! They were also third place winners in Isle of Man’s Got Talent in 2015.The choir perform a varied repertoire of songs, which includes songs written in Manx and they also have many talented musicians, who play in the various school extra-curricular ensembles.

The choir rehearse every Thursday after school and have been working incredibly hard in preparation for their first trip to the Llangollen International Eisteddfod (in fact their first performance off island!). They hope you enjoy their music.