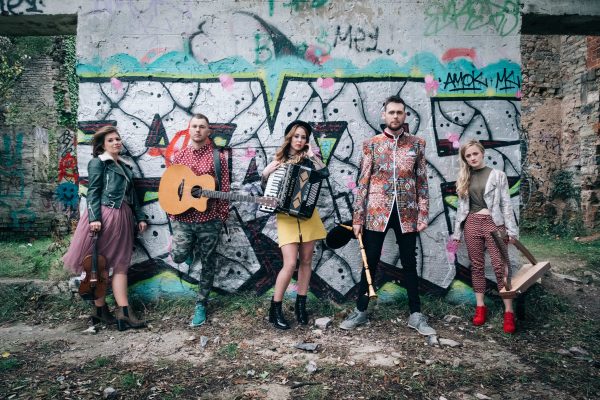 This international award winning band from Wales are back on the road with their infectious rhythms and high energy routines to celebrate the release of their latest album-Solomon They come with accordion, harp, guitar, fiddles and Welsh bagpipes along with a virtuoso performance from a champion step dancer.

A fresh and vibrant sound with a pounding beat set against the backdrop of old traditions. Songs include the legend of Wales’ very own fairy realm with a tale of magic, myth and mischief along with some of the most beautiful and haunting melodies.

They have introduced a new generation to Welsh music – and continue to do so as they tour Europe, North America, Australia and Asia.

“…there’s nowt as dear as folk – especially when played with the grace, daring and sheer joy this multi- instrumental five-piece bring to a winning selection of reels, jigs and hornpipes” THE MIRROR

“Folk just got a kick up of the Noughties… ..stunning use of instrumentation, gorgeously crafted songs, sprightly foot-tappers, verve and raw excitement” BELFAST TELEGRAPH