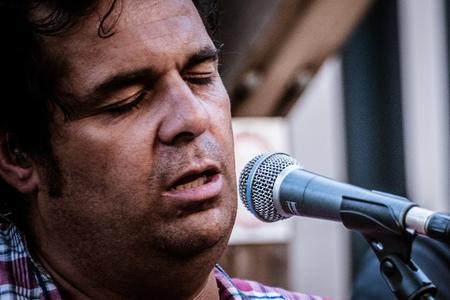 Biography: Chris Greve was born in London, grew up in Calgary, Canada and is currently living back in England. He is based in Oswestry, Shropshire but travels to perform in all the areas of the UK and beyond. He has been to Llangollen many times and has performed at the Eisteddfod two previous times. His musical journey started at the age of 4, which is his first recollection of owning a guitar. Since that time until this day, he has had a guitar close by, although mostly putting music on hold while raising his family. Starting up again in later life, he had a strong drive and a clearer vision of what path he wanted to take with his music which continues to date.

For the past 15 years, he has refined his technique and musicianship while taking it upon himself to grow as a musician and songwriter. This has resulted in being very comfortable with and in front of audiences of all sizes.

Although he loves performing before a live audience, he also relishes the time he has to create new compositions. He tries to find a balance between the two, as well as many other activities.

Even if he tries not to label his music, he supposes it would be best described as Celtic-Folk inspired.