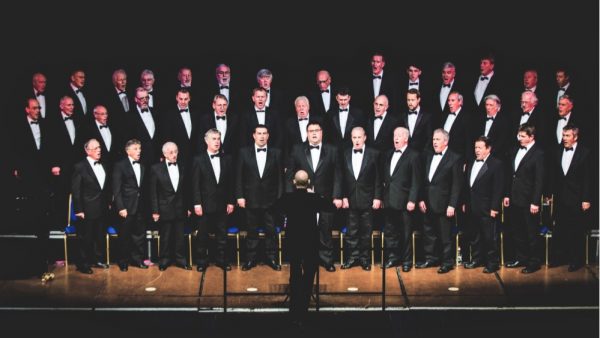 Biography: Founded in 1891, Rhos Male Voice Choir is one of the longest established and most successful choir in Wales, most recently winning the male voice choir section at the International Eisteddfod in Llangollen in 2015. The new musical director, James Llewelyn Jones, took over in March 2016 and has introduced a number of new and challenging pieces to the choir’s repertoire.

With ages ranging from 16 to 80, the choir is based in Rhosllannerchrugog, between Wrexham and Llangollen, and every year they raise many thousands of pounds for local and national charities. The choir has travelled the world singing in America, Canada, and throughout Europe. In 2013, the choir took First Place in the male voice choir competitions at the Llangollen International Eisteddfod, the National Eisteddfod and the S4C Côr Cymru TV show. In 2014, the choir launched a new CD of Christmas music.