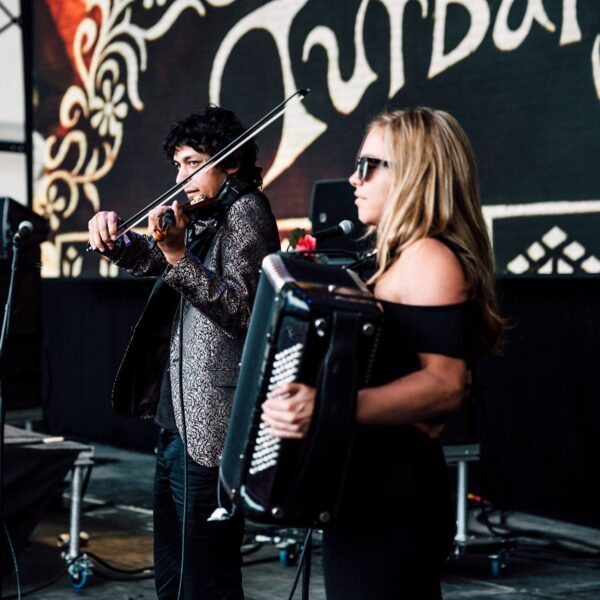 With music described as ‘language of the soul’ by The Guardian, Faith and Branko’s story is an extraordinary one. The duo met in Branko’s Serbian village in 2009, and – with music as their only tool for communication – began a remarkable story that would lead to their last album being placed in the top 3 European World Music Charts, a successful international schedule, and an award-winning documentary tour. They join us as a quartet, to perform their wild mix of Roma influenced music – get set for a storming ensemble by turns joyous, passionate, tragic and virtuosic.