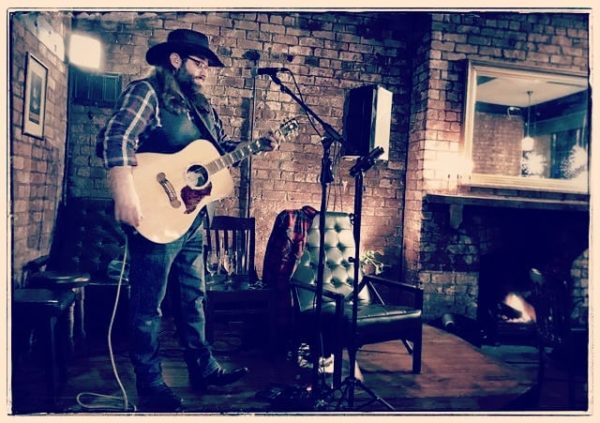 Biography: Gareth is a singer/songwriter from the North West, He has been described as a cross between Bob Dylan and Bon Jovi. With songs that tell stories or convey emotion, A rock tinged voice that floats over country/folk acoustic wings.

Gareth got started on his musically journey pretty late, even after learning to play the guitar at 15, it wasn’t until picking the guitar up after a long time that his passion was truly ignited.  Regarded by some as having one of the strongest voices around, it has to be heard live to be appreciated. Gareth has been lucky enough to play some iconic venues, including the legendary Cavern Club in Liverpool.

Gareth released his first single in October 2017, a single in aid of a charity in his hometown, Runcorn. A Million Butterflies, based upon Native American Folklore, continues to raise funds for Halton Haven.