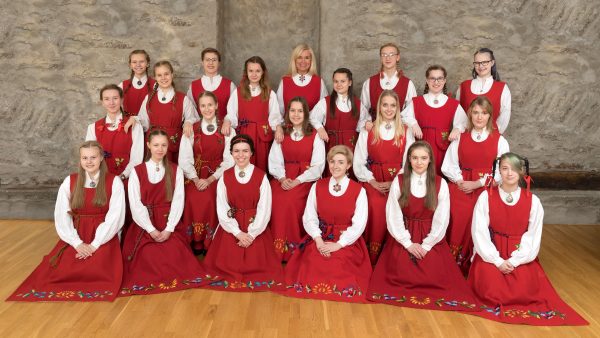 Biography: The Girls Choir of Musamari Choral School was founded in 1995 by their current conductor Tiina Mee. She works as director of Musamari Choral School and Musamari Music School for Children and conducts girl´s, children´s and young children´s choirs. The choir has taken part in several music projects, Song Celebrations, festivals and competitions in Estonia and abroad. They have also worked together with Estonian top musicians, singers and composers, including seven concert projects in cooperation with Estonian Youth Symphony Orchestra. The choir´s repertoire is composed of both classical and contemporary choir music by distinguished composers from all over the world. They have won numerous prizes in competitions for example they participated at the Grand Prix and won the 1st prize at the International NINA Griegfestival competition for children´s and youth choirs in Norway 2010. They were awarded a silver medal at the children´s and youth choir competition European Choir Champion-ships in Graz, Austria 2011 and also got a Prize of the best programme and choreography at the International children´s choir competition Il Garda in Coro in Malcesines, Italy 2012. Furthermore they won in 2015 the 1st prize in the category of children´s choir at the 14th International Choir Festival Tallinn 2015 in Tallinn, Estonia. This will be their first time at the Llangollen International Musical Eisteddfod.