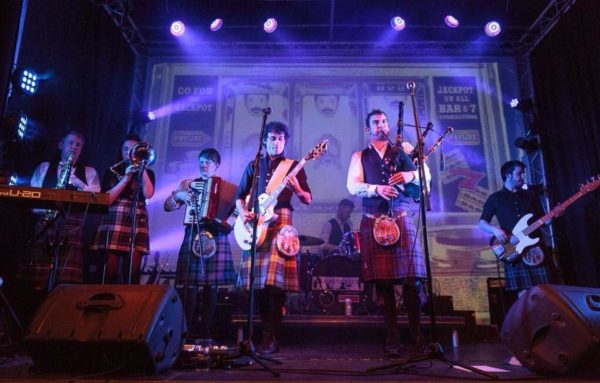 “Gleadhraich are wicked. Their sound is very contemporary”, Amy   MacDonald

Gleadhraich are a celtic rock band formed in Carnoustie, Angus in 2010 while students at school. At a Dundee performance in 2016 Gleadhraich welcomed Britain’s Got Talent winner, Jai McDowall and Bay City Roller’s onstage to play with the band as special guests.

The band has performed at a variety of events across the UK from headline shows to festival performances including at Scotland’s prestigious Belladrum Tartan Heart Festival. This has led to the band sharing stages with acts such as Skerryvore, Donnie Munro, Twin Atlantic, AC/DC The Fratellis and Peatbog Faeries. Gleadhraich finished 2018 being awarded the title of ‘Best Celtic Music Act’ at the Infinitime Music Awards. The band has featured on many national media platforms such as BBC, STV, S4C, NME, Magic FM and many more.