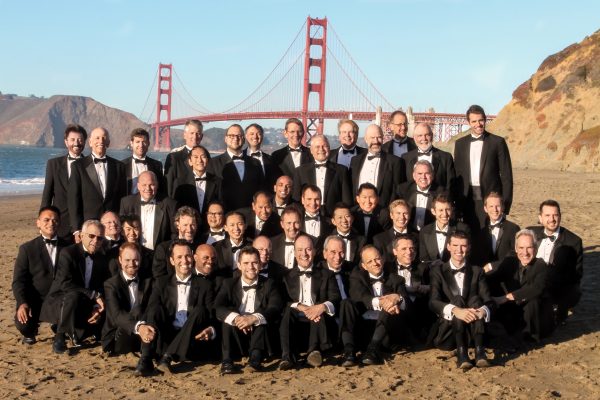 Over the past 36 years, Golden Gate Men’s Chorus has performed at a variety of venues, including symphony halls, theatres, churches, weddings, outdoor ceremonies (including the 1982 and 1986 Gay Games), awards events, Pride celebrations, and collaborations with other music and dance groups. Of these the most memorable experience has been on tour in the country of Lithuania and as participants at the world Choir Games in Riga, Latvia in July of 2014.  In Lithuania they were greeted by audiences eager to hear American choral music and who were inspired to hear music that GGMC had commissioned from Lithuanian composer Vytautas Miskinis.

The long-standing reputation of the festival for outstanding choral performances, combined with an opportunity to tour the United Kingdom and sing in venues where the literature they perform is well suited, helped them make the decision to join this year’s Eisteddfod.