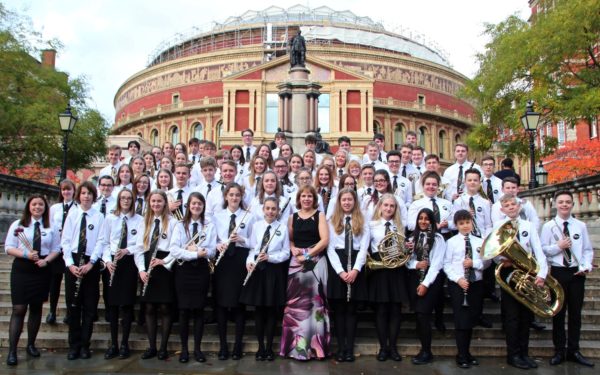 Biography: The Academy’s Showband has had the fortunate opportunity of performing twice at Carnegie Hall, New York in the last 12 years, winning a Gold Award in New York Band Festival in 2007 and then performing in the Showcase evening concert at the New York Band Festival in 2010. For the past seven years the Showband have performed at the Llangollen International Eisteddfod, and in 2012 represented England in the Commonwealth Carnival of Music in Westminster Hall, London for the Queen’s Diamond Jubilee.

In July 2013 the Academy Showband travelled to Kerkrade, Holland where they competed in the 3rd Division of the World Music Contest and were awarded a top Gold award.  They gained a silver medal in the championships in 2017 being ranked the highest placed school wind band.

The Showband has had much success over the past 20 years within the National Festival of Music for Youth and in July 2013 won the ‘Innovation Award’ for performance in the school Wind Band category and in July 2015 gained the ‘Performance Practice’ award.

The Showband has participated in the National Concert Band Festival of Great Britain for the past 20 years, competing against many other school wind bands across the country.  The musicians impressed adjudicators again to be presented with a top Platinum Award at the National Concert Band Festival of Great Britain in April 2018 for the 3rd consecutive year.   This led to the Showband being given the prestigious consistent outstanding achievement award.  The Showband are travelling to compete in the finals of the festival at the Royal Northern College of Music, Manchester in April 2019.