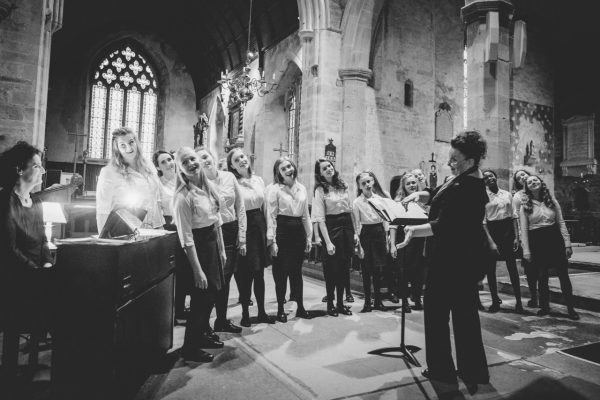 Biography: The brain child of Jo Williamson, Cantabile was formed in 2008. The choir consists of approximately 18 girls with a small training choir of girls preparing to ‘move up’. Over the last 10 years, 65 girls have sung with the choir and their achievements are impressive.

At their first public performance in 2009, they won their class at the Herefordshire Festival, winning “Best Choir” in 2010 and 2011. In 2010, the girls entered the Cheltenham Festival winning the “Youth” class and in the same year the girls sang with the classical boy band “Blake” in two concerts. They were also awarded the Elgar Prize for young musicians. In 2012 and 2013, they won the International Senior Children’s Choir competition at the renowned Llangollen International Musical Eisteddfod.

Furthermore, they qualified as finalists for the “Children’s Choir of the World” award, coming second. They won their class at the Cheltenham Festival of Performing Arts in 2013. Despite only being able to practise as a choir for about 1 1/2 hours a week, they have continued to go from strength to strength under their conductor’s inspiring leadership, building on early successes to reach the BBC Songs of Praise School Choir of the Year Semi-Final in 2012. They were Runners Up in 2014 and Winners in 2015.

They have performed at the Three Choirs Festival on a number of occasions and perform extensively in Herefordshire, often fundraising for charity concerns close to their hearts. They are an example of how young people can achieve high performance whilst pursuing their passion of singing.