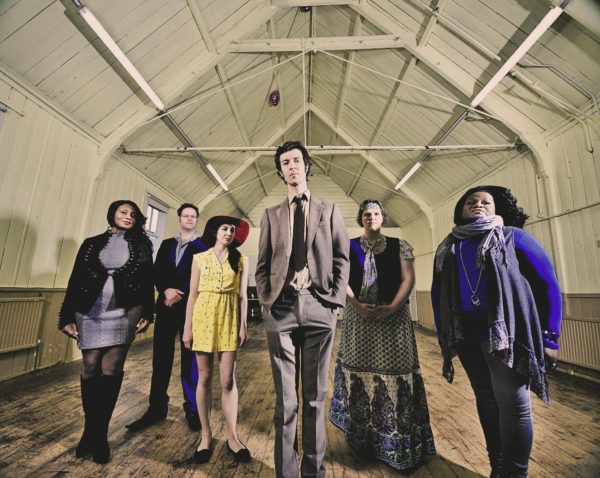 Utica is Huw M’s third album – his first on the wonderful I Ka Ching label, recently chosen as NME’s label of the week. For this release, Huw and the band have been working with The Marshall Sisters from Cardiff to blend early gospel with Welsh folk, and a good dollop of poignancy, heartbreak and melancholy.

Huw M is Welsh composer and performer Huw Meredydd Roberts who plays a mix of original melodies and borrowed Welsh folk songs, mangled together with influences from across the globe, to create haunting, intelligent music.

For the performance at Llangollen, Huw is joined on stage by Lucy Simmonds on cello, Bethan Mai on accordion, Iolo Whelan on drums, and singers Jacqueline and Deborah Marshall. Together, they’re sure to bring plenty of Welsh folk and gospel influences to proceedings.