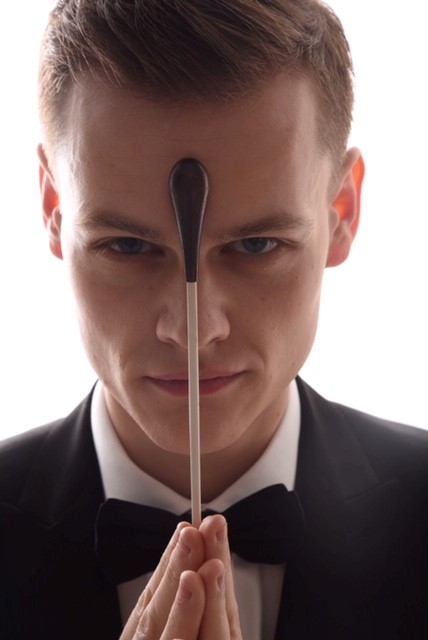 British conductor James Hendry joined the Jette Parker Young Artists Programme at the Royal Opera House from the start of the 2016/17 Season. Engagements in his first Season included conducting Handel’s Oreste and the Young Artists’ Summer Performance, in addition to joining the music staff for Der Rosenkavalier, Adriana Lecouvreur, Madama Butterfly, Otello and Turandot for The Royal Opera and Les Enfants Terribles for The Royal Ballet. In the 2017/18 Season he conducted La Tragédie de Carmen in addition to joining the music staff on La Boheme, Tosca, Rigoletto, Macbeth and also conducting Beethoven’s Ninth Symphony with the Southbank Sinfonia.

Hendry grew up in Kingston upon Hull. He was one of the first students to be accepted onto the Yorkshire Young Musicians programme, where he studied piano with Robert Markham in addition to studies in chamber music, accompaniment, musicianship and composition. He went on to study piano with Helen Krizos at the Royal Northern College of Music and as a répétiteur with Kevin Thraves at the RNCM’s Vocal Studies department. His awards include the National Award medal at the British Education Awards. He has worked regularly with the Hallé choral team, engagements including working as Assistant Director of the Hallé Youth Choir and working as Vocal Coach and Accompanist for the Hallé Choir Academy. He is Musical Director of the National Gilbert and Sullivan Opera Company, for which he has conducted numerous national tours across the UK conducting the entire G&S cannon.

So far in the 2018/19 season, James was invited to return to the music staff of the Royal Opera House to assist on productions of Hansel und Gretel, La Traviata, Faust, La Forza del Destino, Andrea Chenier and Le Nozze di Figaro. He also made his conducting debut with English National Opera, conducting Donizetti’s Lucia di Lammermoor. Future engagements include working with Opera North and Scottish opera.