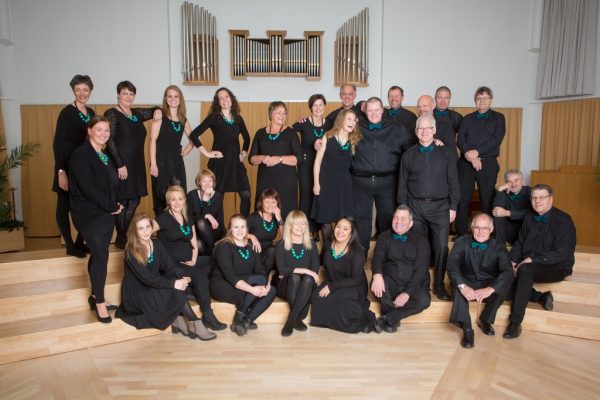 Biography: Kór Reyðarfjarðarkirkju (the choir of Reyðarfjörður church) is a fully functioning church choir based in a village in the east of Iceland. The choir has expanded somewhat into concert territory and when performing outside of a religious context they  has begun to use the name KorRey. The choir sing folk music, african music, pop songs and old favourites as well as classical pieces.

KorRey particularly enjoys collaborating with other choirs in order to facilitate the performance of larger choral works such as Faure´s Requiem, The Messiah, Missa Creole, Carmina burana. There is no audition to sing in KorRey as they  have an “ everyone is able to sing ethic“. Their present musical director, Gillian Haworth has been leading the group since 1986.

The group dynamic is very laid back and many of the rehearsals dissolve into hilarity. One of their main aims is to have a good time and this never proves difficult. The age range of the group spans fifty years and they think that they are a great example of how generations can interact.