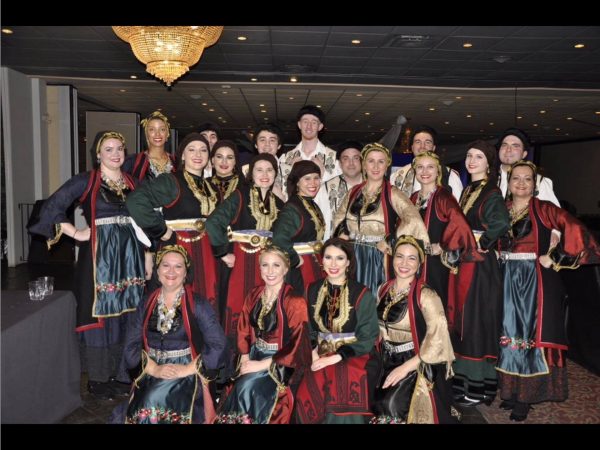 Biography: Kyklos is a non-profit arts organization, formed in Edmonton in 1983, to preserve and promote the Hellenic (Greek) performing arts for the Greek of the diaspora and the people of Alberta. They are Edmonton’s only semi-professional Hellenic (Greek) performing arts group. The word Kyklos means “circle” in Greek, which is symbolic of the circular nature of most Greek dances. The members range in age from 15 – 45. The troupe performs dances from throughout Greece and the Island of Cyprus, and has an extensive collection of costumes from every corner of Greece. Kyklos is proud to have travelled to perform in places such as Greece, Czech Republic, United States and throughout Canada.  The troupe has competed at the Folk Dance Festival in California, and has placed 3rd and 4th. Kyklos performed at various cultural and charity events in Edmonton throughout the year, including the Christmas Festival of Trees and the Edmonton Heritage Days Festival.