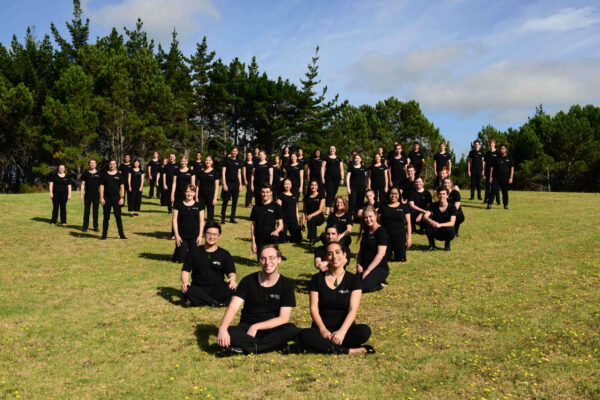 The New Zealand Youth Choir has performed over 400 public concerts in its 43 year-long history, and won over 10 albums. They have had only four Music Directors, founding director Guy Jansen, Peter Godfrey, Dr Karen Grylls and David Squire.

NZYC contributed to major festivals and competed at international competitions around the globe, winning many titles including the ‘Choir of the World’ title at the International Music Eisteddfod in Llangollen in 1999, the Grand Prix Slovakia, the Silver Rose Bowl in ‘Let the Peoples Sing’, Mixed Choir category in Cantonigros, Spain, and the Grand Prix at the IFAS in Pardubice Czech Republic.

New Zealand Youth Choir return to Llangollen via a digital entry to reconnect with the people of Wales and this wonderful competition.