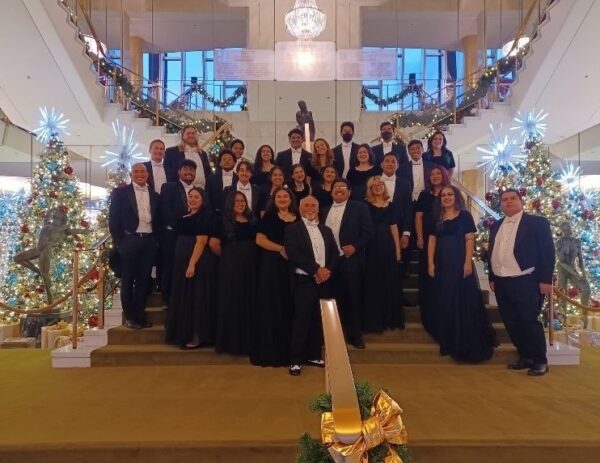 The Palmdale High School Chamber Singers have earned a reputation for excellence through regional, national, and international choral festivals and competitions, scoring superior and gold level rankings. They have performed for civic groups, government functions, and the annual Christmas Eve television broadcast from the Dorothy Chandler Pavilion in the Los Angeles Music Centre.

They placed third in the Senior Children’s Category, and 2nd place in Youth Choirs, and Folk Choirs at the International Eisteddfod in Llangollen, Wales in 2004, 2008, 2012, 2015, 2017. In 2019, they won a Gold Cup in the Internazionale Canto di Corale de Verona in 2006, and followed by a 2nd place finish in the Mixed Chorus competition at the Eisteddfod in 2008.

A number of graduates from the Chamber Singers have gone on to careers in music, movies, and academia. It is truly a wonderful opportunity to share our music with you.