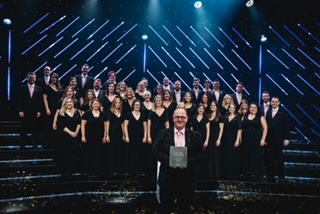 CF1 is one of Wales’s most successful choirs, performing in some of the most magnificent venues in the world and CF1 has won several competitions, including the BBC Choir of the Year in 2014, the Derry Choral Festival in 2018 and the Llangollen International Musical Eisteddfod 2019.

The choir has performed at many events, including the official opening of the Wales Millennium Centre. They have also toured the United States, Canada, Poland, Germany, Italy and Ireland.