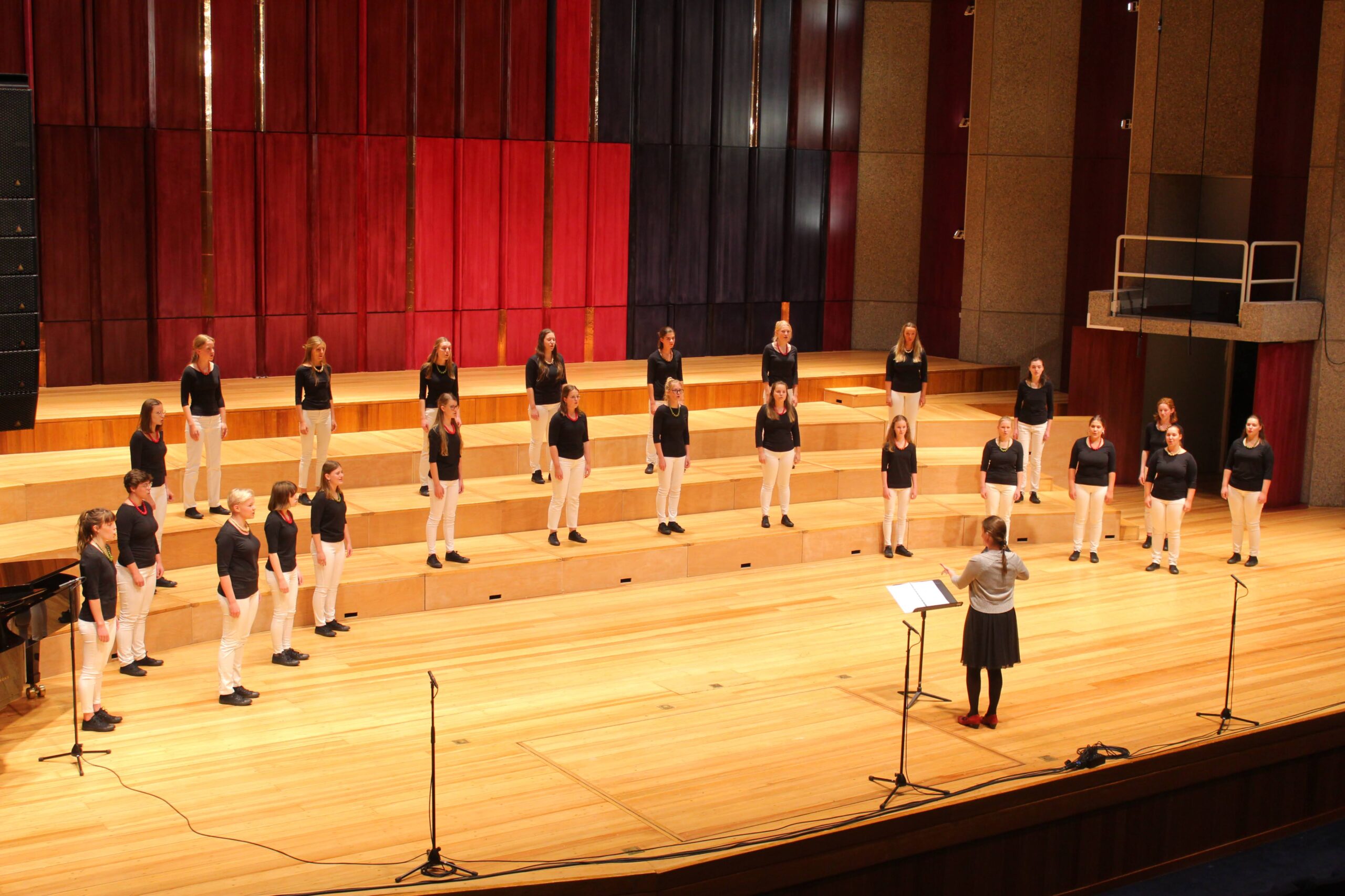 In September 2002 Inge Sykora formed the Vocal Ensemble Waelrant with the students of her singing class. Barely a school year later, this vocal ensemble won first prize at the European Music Festival for Youth in Neerpelt. In October 2004 the ensemble was transformed into Vocal Ensemble Caloroso.
More than 15 years later, Caloroso vzw has grown into a choir school with different choirs, in which singers from 4 to 65 years are given a place. Vocal ensemble Caloroso is the same-voiced youth choir that consists of 24 singers between the ages of 15 and 25.
Vocal ensemble Caloroso was in the final of “Choir of the Year 2008 – 2009” and won prestigious prizes at, among others:
The youth choir also likes to be an ambassador for Flemish choral music during these festivals.
Vocal ensemble Caloroso regularly collaborates with composer Sebastiaan van Steenberge. However, it has also created performances for Maarten van Ingelgem, Karel van Marcke, Rudi Tas, Hans Helsen, Vigdis Hansa Elst ….
Caloroso vzw offers its singers the widest possible repertoire. Caloroso sings works by contemporary (Flemish) composers as well as lighter, vocal works. Caloroso were asked several times for television and sound recordings.