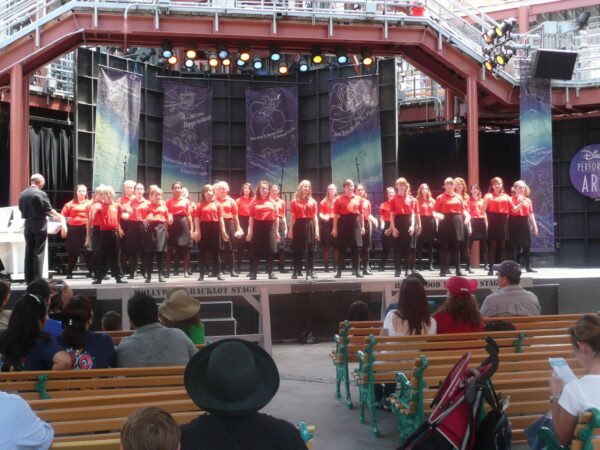 Masquerade was formed in 1999 and since then they performed concerts in their local area, as well as in Scotland, France, the USA and Canada.

In 2000, 2004 and 2008 they were winners of Children’s classes at Llangollen, as well as becoming BBC Children’s Choir of the Year. In recent years the age range has widened as members have stayed on or returned after their student years.